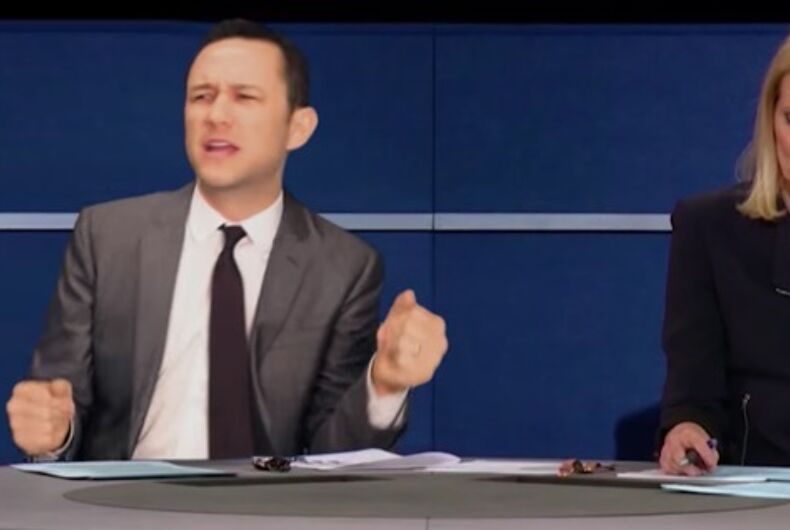 Actor Joseph Gordon-Levitt has joined forces with the Songify crew and together they’ve created the best musical debate in history. You won’t be able to stop yourself from singing along to the catchy little tune that makes last weekend’s debate much more interesting.

Gordon-Levitt replaces out news anchor Anderson Cooper in the video, and maybe that wouldn’t be such a bad thing in real life.