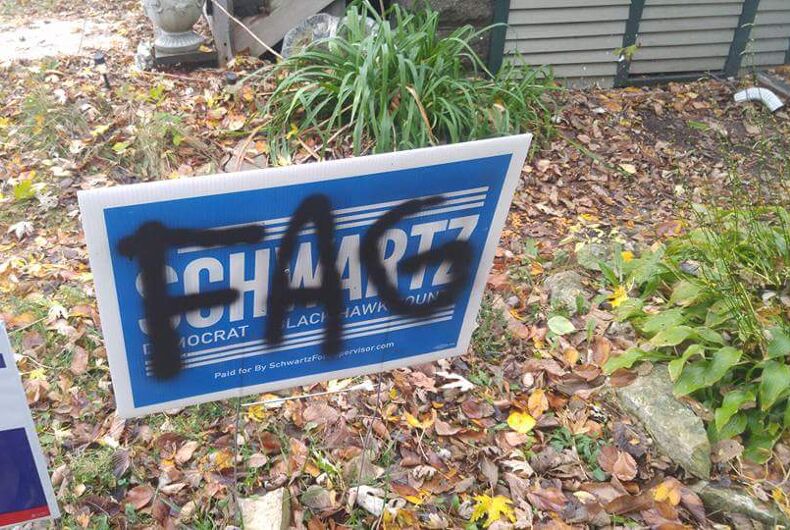 Chris Schwartz, the out Democratic candidate for supervisor in Black Hawk County, Iowa, woke up Thursday to a find antigay vandals had targeted his home.

He posted photos of the damage on Facebook, showing how they spray painted a homophobic slur on his campaign lawn sign, vandalized a door to his home with a biblical citation related to homosexuality often cited by antigay Christians, and used more spray paint to vandalize other candidates’ signs, including Democratic presidential nominee Hillary Clinton.

A website called Unicornbooty.com reported a local group called Cedar Valley Patriots for Christ has offered to raise money to clean up the vandalism at Schwartz’s home even though they support his Republican competitors.

The verse from Leviticus says, “If a man lies with a male as with a woman, both of them have committed an abomination; they shall surely be put to death; their blood is upon them.”

Schwartz posted on Facebook that he has notified police. So far no word of any suspects or arrests.