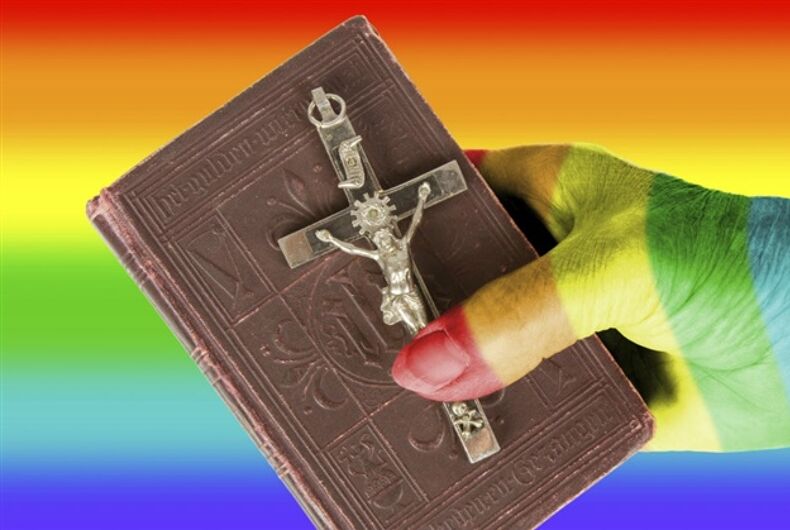 BOSTON (AP) — A new state law that prohibits discrimination against transgender people in public restrooms is “punishing” the protected religious speech of churches and pastors, a conservative Christian organization claims in a federal lawsuit filed Tuesday.

Alliance Defending Freedom, based in Scottsdale, Arizona, said it sued on behalf of four Massachusetts churches to protect their right to operate their facilities “in a manner that doesn’t violate their core religious beliefs.” The lawsuit names Democratic state Attorney General Maura Healey and members of the Massachusetts Commission Against Discrimination as defendants.

The law, which was signed by Republican Gov. Charlie Baker in July and went into effect in October, bars discrimination against transgender people in public accommodations. Among other things, it allows people to use the bathrooms or locker rooms that correspond with their gender identities.

Healey has found that churches are places of public accommodation.

The ADF contends in the lawsuit that churches would be forced to open changing rooms, shower facilities and restrooms based on perceived gender identity and not on biological sex. The group says because the law also prohibits covered entities from making statements intended to discriminate or to incite others to do so, Healey and the commission “also intend to force churches and pastors to refrain from religious expression regarding sexuality that conflicts with the government’s views.”

“Neither the commission nor the attorney general has the constitutional authority to dictate how any church uses its facility or what public statements a church can make concerning a deeply held religious belief, such as human sexuality,” said attorney Steve O’Ban, senior counsel for ADF.

A spokeswoman for Healey said her office is reviewing the lawsuit.

“We are pleased that we finally have a law in place that protects transgender people from discrimination in public places. This law is about civil rights and is critical for people who were without full protection and equality under the law for too long,” spokeswoman Jillian Fennimore said.

An assistant to the commission did not immediately return a call seeking comment.