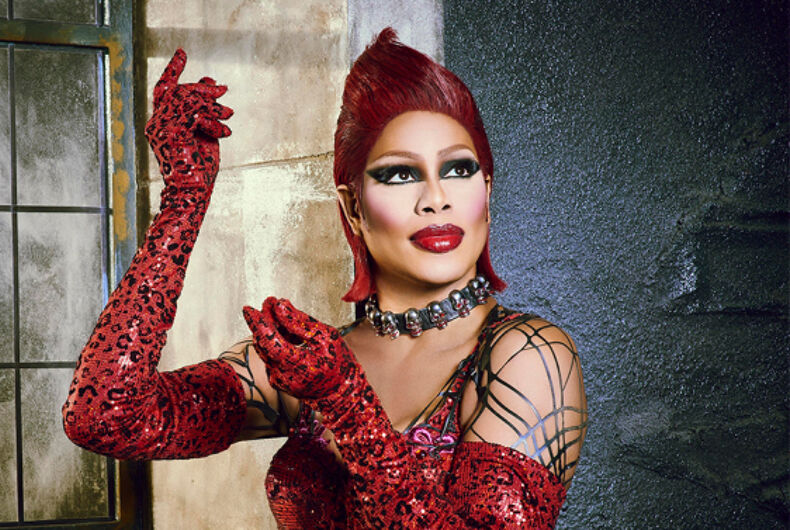 When Fox announced they were remaking the Rocky Horror Picture Show with noted transgender actress Laverne Cox in the lead role as the “sweet transvestite” Frank N. Furter, the internet lit up with outrage. Activists argued that while the cult flick has been an important part of queer culture, the terms “transvestite” and “transsexual,” used throughout the show’s most famous song, was offensive and out of date.

In an interview during Variety’s Power of Women Luncheon last weekend, Cox revealed she’d shared the same concerns – especially when it came to the song “Sweet Transvestite.”

“That was the only apprehension I really had about doing the film was the term transvestite,” Cox said. “I’ve been telling people, ‘Please do not go up to a transgender person in 2016 and call them a transvestite, that is an antiquated term.’ But in 1975 when Rocky Horror Picture Show came out transvestite meant a very different thing.” She added, “We don’t use that term anymore, but in the historical context of Rocky Horror it’s appropriate you don’t change the words to an iconic song.”

Check out a preview of Cox’s performance below. The full special will air tomorrow night at 8pm Eastern.