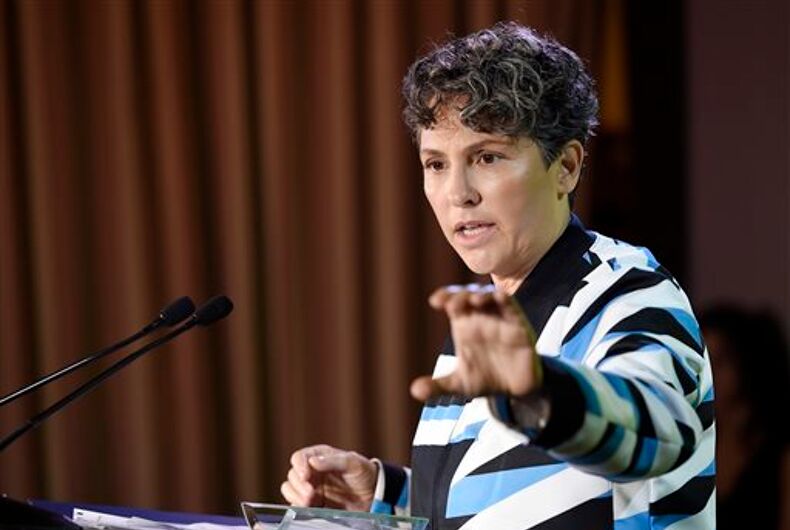 Jill Soloway, the creator of the Emmy-winning series “Transparent,” was lauded for her commitment to raising awareness and representation of the lesbian, gay, bisexual and transgender community — both in front and behind the camera.

Tony Hale, who is looking to add a third Emmy statuette Sunday to the pair he’s already won as a supporting actor on “Veep,” was highlighted for his work with the anti-slavery organization, the International Justice Mission.