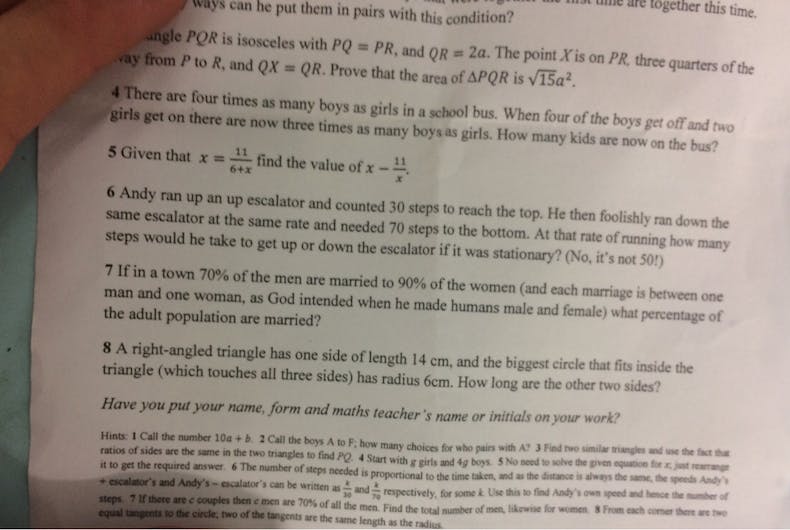 A grammar school pupil from the London suburbs was shocked when they found a homophobic homework question about marriage equality on a take-home sheet given to students. The “math” question includes a snide dig at married same-sex couples and was distributed to 1,300 children.

“If in a town 70% of the men are married to 90% of the women (and each marriage is between one man and one woman, as God intended when he made humans male and female) what percentage of the adult population is married?” the question asks.

A retired teacher from Royal Grammar School in High Wycombe continues to create math problems to give to students and are distributed to students who are rewarded with treats for finishing the papers according to other students in the area.

“The school doesn’t employ this guy, he just gives the posers in because he finds maths fun,” said one former student. “He’s old, set in his ways, has alzheimers [sic] or dementia I think, and is such a caricature of conservative Christianity he sets his own cause back. The only thing the school is at fault for is this: not proof-reading the challenge.”

“I often hear very off-hand comments by teachers, but this was written and distributed by the maths department at school,” the student wrote on his Reddit posting. “This is not a religious school, but it is a selective grammar school which is heavily Christian orientated.”