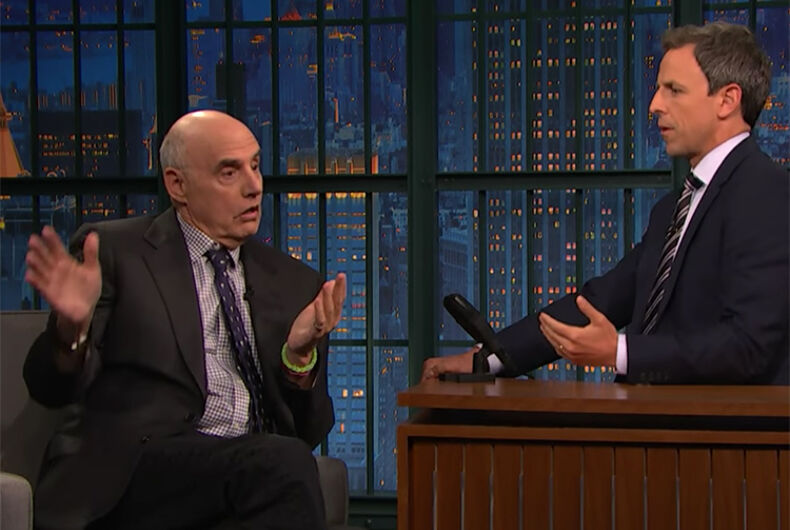 Emmy-winning actor Jeffrey Tambor shared a story familiar to almost every Hollywood star: what happens when a fan recognizes you and confronts you.

Tambor was a guest on Late Night with Seth Meyers on NBC this week, and told the host a man grabbed him in the airport after he stepped off a plane and into the terminal.

“Here it comes, he’s gonna lay me out,” Tambor said he thought, as the man pointed and approached him.

“He grabbed me,” Tambor recalled, “and he said, ’You! Thank you. Thank you for teaching me about something I did not know.’”

Watch the interview with Jeffrey Tambor below. Tambor and his show are up for Emmy awards on September 18. Transparent’s season 3 debuts on Amazon September 23.