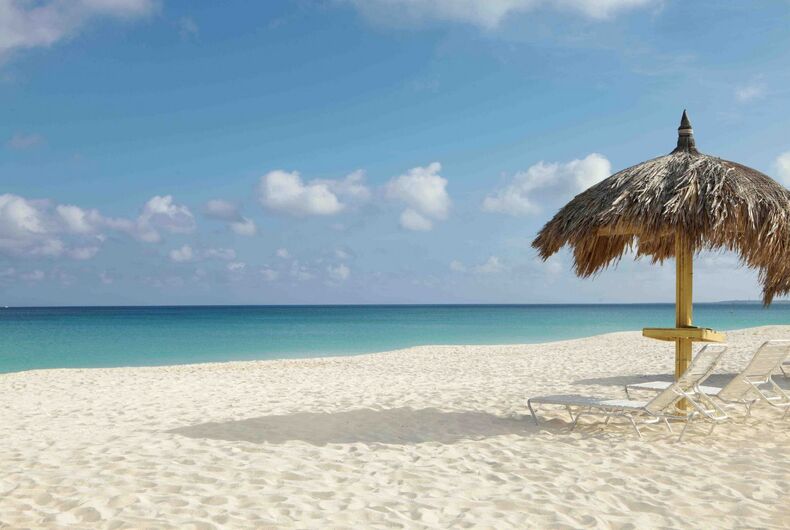 ORANJESTAD, Aruba (AP) — Lawmakers in Aruba have voted to grant same-sex couples the right to register their unions and receive benefits granted to married people on the Dutch Caribbean island.

Parliament voted 11-5 with four abstentions late Thursday to amend civil code regulations related to marriage to cover same-sex unions. Those articles include such things as the right to a spouse’s pension in case of death or to make emergency medical decisions.

Aruba is one of the constituent countries that make up the Kingdom of the Netherlands. Same-sex couples previously could marry in the Netherlands and return to have their marriage certificate recognized under a law obligating recognition of official documents throughout the kingdom.

Desiree de Sousa Croes, the member of Parliament who introduced the legislation, was among those who married in the Netherlands and returned to have the certificate recognized in Aruba, where many people oppose same-sex unions on religious and cultural grounds.

“I would have wanted same-sex marriage,” Croes said after the vote. “But this amendment will eliminate the need to travel to the Netherlands to marry, as our laws will soon provide rights for same sex couples.”

Aruba has been under pressure in recent years from LGBT rights advocates to allow same-sex marriage but religious groups have opposed the effort. The opposition also fought civil unions as the bill came to a vote.

Neither of the other two Dutch constituent countries in the Caribbean, Sint Maarten and Curacao, allow same-sex marriage or civil unions.

© 2016, Associated Press, All Rights Reserved.
This material may not be published, broadcast, rewritten, or redistributed.
News (World)
Civil Unions, The Netherlands