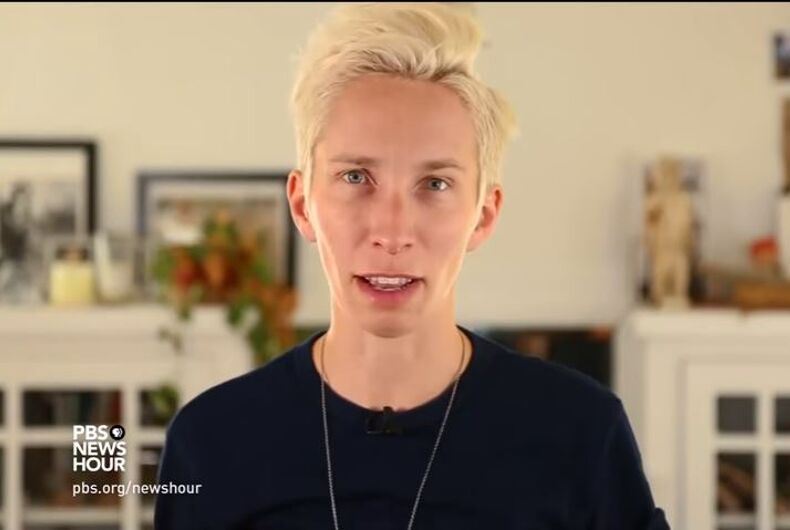 Author, activist and photographer iO Tillet Wright has been working on a project to document the beauty in difference across the LGBTQ spectrum, and recently PBS caught up with him to learn more as part of their “Brief but Spectacular” series.

Wright begins the interview by discussing his childhood, recounting a story from his fifth birthday.

“I had this lacy blue dress and the second I got home I was just like, ‘Get this thing off me!’ And I ripped it off and I put on warrior paint and went on the roof and took a piss standing up. That was my ownership of it,” he recalls.

He also recounts what it was like telling his parents that he was a boy. His father took it well, as did his mother, provided he was able to get male acting roles, as she had encouraged his career as a child actor.

Wright quit acting after hearing he was “too unique” one too many times. Perhaps the project to document the beauty of differences was in part born out of this experience.

“For the last six years, I’ve done this project where I’ve been photographing 10,000 people who identify as anywhere on the LGBT spectrum, in all 50 states,” he said. “If you look into the eyes of a person that you discriminate against, or you think is so different from you that they deserve less rights than you, it becomes almost impossible to deny their humanity.”

“The complicated part of that is, I’m not trying to say we’re all the same,” he continued. “What I’m trying to say is, we are all completely different and that’s the beauty of it.”

What he learned about labels during the project is that how we respond to them is often generational, with younger people seeming to take more comfort in fluidity than their older counterparts.

“What I found was that people from older generations identified super strongly with labels because they had to fight for them,” he observed. “But younger people were more…fluid on a spectrum of things. I think the most dignified gift you can give them as a human…is the right to change.”