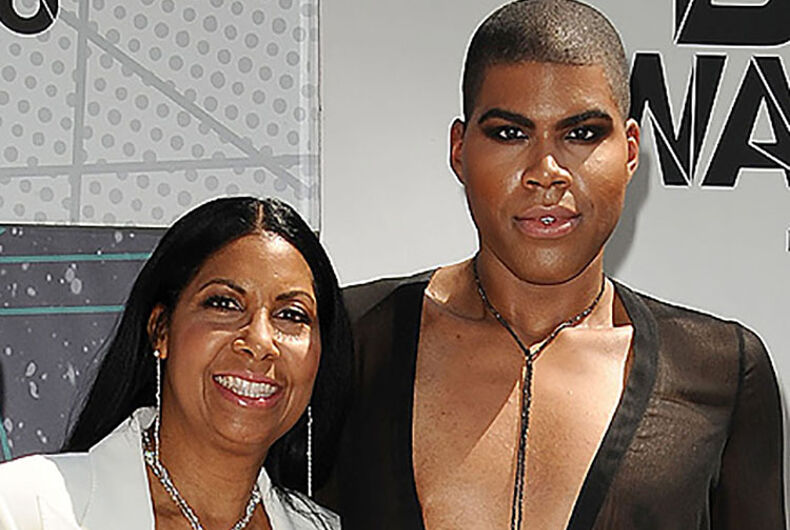 Connie Johnson, the wife of retired NBA superstar Magic Johnson, knows the struggle of being close to someone who is different and loving them anyway. Her husband has been living HIV positive for decades, and three years ago their son, EJ, came out as gay.

This Sunday, Johnson sits down with Oprah Winfrey to discuss how she reconciled her Christian faith with her son’s sexual orientation.

“You’re Christian, you believe in the word, you live by the word,” Winfrey said to Johnson on the next episode of Super Soul Sunday. “How did you reconcile what Christianity says about being gay with your loving of your son … and still remaining Christian?”

Watch the clip via People, and a preview from OWN, below.

Trump brings on anti-gay former rival Santorum as an advisor