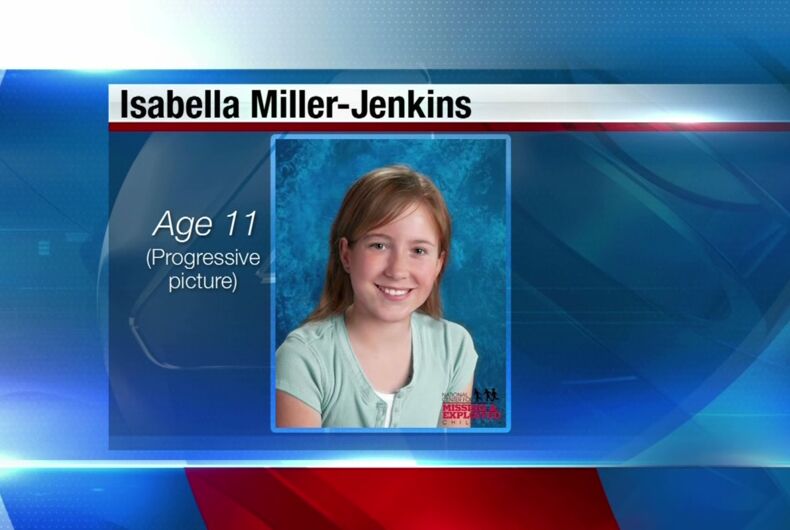 MONTPELIER, Vt. (AP) — A Virginia businessman with ties to conservative Christian groups that condemn homosexuality is set to go on trial in New York on charges he helped a woman and her daughter flee the country rather than share custody of the girl with the woman’s former partner when it was clear she was losing a yearslong custody battle.

Jury selection is scheduled to begin Sept. 20 in Buffalo in the trial of Philip Zodhiates who is charged with international parental kidnapping and other counts stemming from allegations he drove Lisa Miller and her then 7-year-old daughter Isabella from Virginia to the Rainbow Bridge in New York where they crossed into Canada on Sept. 22, 2009 on their way to Nicaragua.

“This case is about religious intolerance of same-sex relationships,” said the prosecution’s trial memorandum that was filed in federal court in Buffalo.

Zodhiates has pleaded not guilty to the charges. His attorney did not return a phone call or email seeking comment on the upcoming trial.

But court filings by his attorneys maintain that Zodhiates allegedly helped Miller and Isabella leave the country before the Vermont family court judge issued an order transferring custody of the girl to Miller’s former civil union partner, Janet Jenkins.

“A defendant cannot conspire to obstruct parental rights that do not exist,” said Zodhiates’ filing.

Prosecutors allege that Zodhiates, whose direct mail company worked closely with conservative Christian organizations aware of Miller’s case and reached out to “Miller and helped her break the law by taking Isabella outside the country in the name of those strong religious views.”

It was Zodhiates, prosecutors allege, who arranged the flight of Miller and Isabella with the assistance of a number of Mennonites in the United States and Nicaragua who were also opposed to same-sex relationships, and help set her up after they arrived in the Central American nation.

Miller, who has been charged with similar offenses, but has not been arrested, and Isabella, now 14, are still believed to be in Nicaragua.

One of those Mennonites, Kenneth Miller, of Stuarts Draft, Virginia, who is not related to Lisa Miller, was convicted in 2012 in Vermont of arranging the flight of Lisa Miller and Isabella. Kenneth Miller is now serving a 27-month sentence at a federal prison in Virginia.

Lisa Miller and Jenkins entered into a civil union in Vermont shortly after the state became the first to legally recognize same-sex relationships in 2000. Miller bore the child, who was conceived through artificial insemination, and both acted as parents.

The two later split up and Miller later became an evangelical Christian and “renounced” her homosexuality. A child-custody case went to Vermont family court in 2004, after the couple dissolved the civil union. Lisa Miller, who moved to Virginia, had primary custody of Isabella, with Jenkins given visitation rights.

Courts in both states upheld the Vermont family court order and after repeatedly defying visitation orders, Miller became a fugitive in 2009 when it became apparent the court would transfer custody of Isabella to Jenkins. The court ordered the transfer on Nov. 20, 2009, effective Jan. 1, 2010. When the transfer was supposed to take place Lisa Miller and Isabella were gone.

Protesters take to the streets in Mexico to demand marriage equality