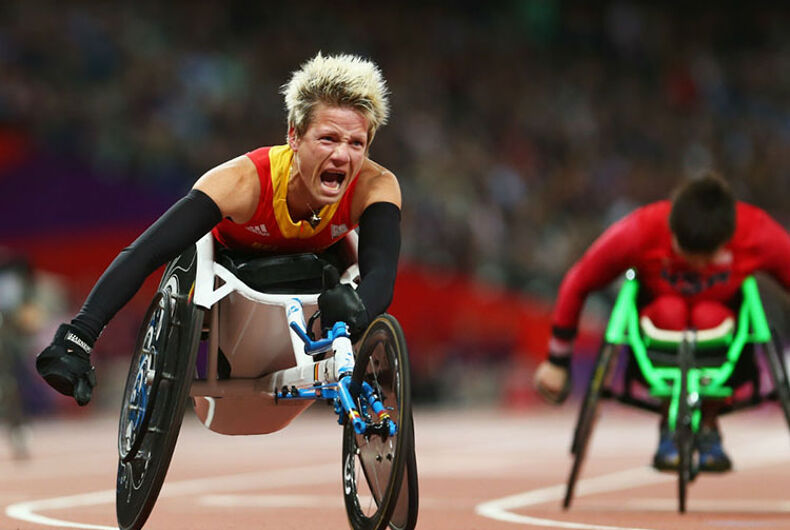 With the end of the Summer Olympic Games in Rio de Janeiro, Brazil, comes the start of the Paralympics, beginning today. And when these games are over, out wheelchair sprinter Marieke Vervoort of Belgium says she wants to end her life.

“I started thinking about euthanasia,” said Vervoort, one of nine out paralympians competing this year. Euthanasia is legal in her native Belgium, with the consent of three doctors in writing.

The 37-year-old suffers from an incurable, degenerative spinal disease so painful that she has already planned her funeral, reports PinkNews.

“Rio is my last wish,” the Belgian athlete told RTL radio. “I will stop my career after Rio. After, we shall see what life brings for me.”

Vervoot says until now she’s suffered in silence.  “Everybody sees me laugh with my gold medal, but no one sees the dark side,” she told the French newspaper Le Parisien. “I suffer greatly, sometimes sleeping only ten minutes a night – and still go for the gold.”

She told reporters she hopes her funeral will be a celebration of all that she’s achieved, not a time of sorrow.  “I want everyone to have a glass of champagne in hand, and a thought for me,” she said.