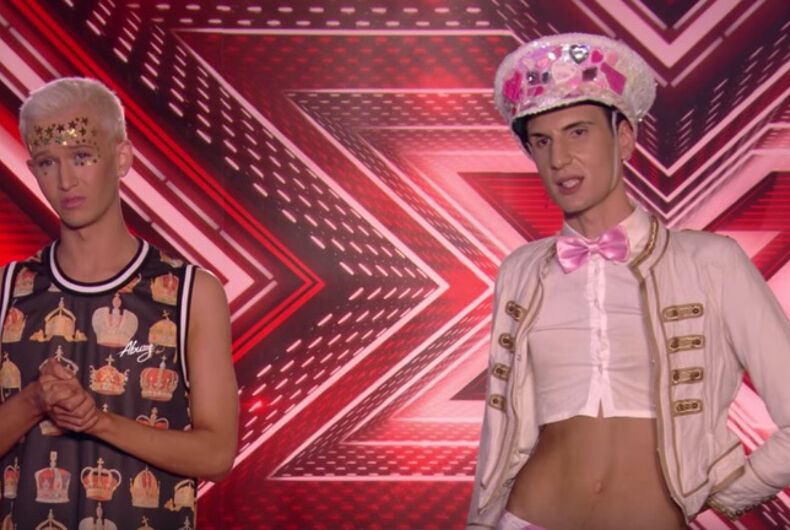 Bradley and Ottavio had a drama-filled audition on X Factor during the second week of auditions for the British reality show. The two friends had a falling out over some undercooked chicken and while they auditioned together, they went in front of the judges as solo acts.

When Ottavio was interrupted in the middle of his audition, judge Simon Cowell told him he would be better as part of a group and the whole torrid story of a supper gone wrong came pouring out with a ton of tears. As Bradley watched from the waiting room, the judges were more interested in the dramatic tale than Ottavio’s musical talent.

After the judges call Bradley into the room, he told his side of the story, saying “I made chicken, I didn’t leave it in long enough because I was hungry, but when I gave it him… like, he could have said thanks though still. I know it was undercooked but I still tried.”

Bradley performed R Kelly’s song Ignition through his tears, but the judges weren’t as impressed with his voice as much as the continuing saga of a friendship gone wrong. They asked the two to kiss and makeup and return as “bandmates.”

“The thing is, pop music shouldn’t be boring,” he said.

While the whole overwrought piece is hilarious, keep an eye on the guy sitting next to Bradley in the audition room. If anyone deserves a prize, it’s him.