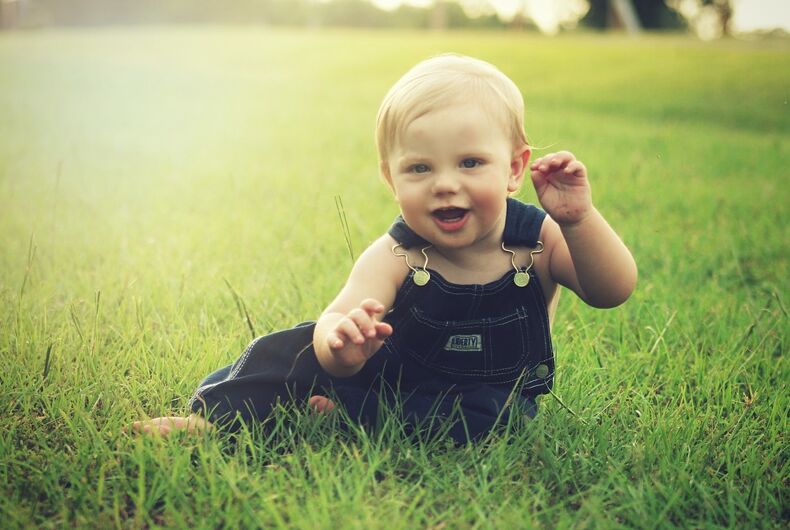 Man for the sword and for the needle she,

Man to command and woman to obey,

Alfred Lord Tennyson, from “The Princess”

What is the first question people usually ask parents on the birth of a child? Probably not, “How much does the baby weigh?” No, that question usually comes further down the line. What about, “Is the baby healthy?” Sometimes, but typically not first. Usually, people ask, “Is it a boy or a girl?”

On the surface, this may seem as an innocuous question. In reality, though, it is rife with underlying social and even ethical consequences.

Even before the infant’s assigned sex is inscribed on the birth certificate, individuals, institutions, and society at large have made assumptions regarding that person’s life course, assumptions based on a highly sophisticated and complex network of gender-based role expectations in terms of behaviors and attitudes.

To unearth those assumptions and make them visible, in my university courses, I facilitate an interactive class exercise titled “What is a man? What is a lady?” (I state “Lady” rather than “Woman” because the Feminist Women’s Movement has expanded options somewhat for females, and for this exercise, I hope to have students think back to earlier constructions of “femaleness.”)

For the “Men” side, some common responses include: tough, independent, not emotional, protective, strong, competitive, competent, goal oriented, makers and fixers of things, sexually active, and others.

On the “Lady” side, some common responses include: caring, nurturing, emotional, sensitive, expressive, caretakers of others while often disregarding their own needs, good cooks, concerned with physical appearance.

I then ask students to engage in a “Nature / Nurture” discussion by first imagining the following scenario:

Imagine what it would be like if after you were born, you were immediately placed in a dark and silent room where you had no contact with any other human beings, though your basic bodily needs for food and elimination of waste were met.

Then, going back to the list of characteristics for “Man” and “Lady” we wrote earlier on the board, I ask students either to add or delete items we might see from people who had undergone this extreme isolation process.

Invariably, students begin to see how our socialization (nurture) may actually impose the greatest variable in the ways we express, present, perform, and define the sex we were assigned at our birth. We are “gendered” at once from the time the physician announces, “It’s a girl” or “It’s a boy.” Thus, according to social theorist Judith Butler in her book Gender Trouble, “begins the long string of interpellations by which the girl is transitively girled.”

Social customs and norms created and continually reinforce many shared preconceptions about the “sexes.” Some of these may be inconsistent or even contradictory, but they share the common element that they prescribe rules of conduct for us all. When “males” and “females” assigned at birth both exhibit similar outward behaviors, the sex we are assigned at birth will often determine the societal meanings affixed to that behavior.

For example, what may be seen as “assertive” behavior in a man may be called “pushiness” in a woman. A man may be seen as being “enthusiastic” or “passionate,” whereas a woman is accused of being “emotional” or “on the rag.” Where a man is viewed as “confident” or “firm,” a woman, on the other hand is considered “stubborn” or “bitchy.”

When a woman aims to serve as corporate executive, stepping outside the gender role assigned to her, she is sometimes accused of “trying to be like a man” and considered “too masculine.”

Feminists and trans people have exposed the truth regarding this fabrication we call “gender roles” as a social construction, one which our society ascribes to each of us as it assigns us a sex at birth. With the label “female” assigned at birth, society forces us to follow its “feminine script,” and with “male” assigned at birth, we are handed our “masculine” script to perform.

As scripts are given to actors in a play, these binary gender scripts also were written long before any of us entered the stage of life. In fact, the roles in which we were cast have, very often, little connection to our natures, beliefs, interests, and values.

According to Judith Butler:

“The act that one does, the act that one performs, is, in a sense, an act that has been going on before one arrived on the scene. Hence, gender is an act, which has been rehearsed, much as a script survives the particular actors who make use of it, but which requires individual actors in order to be actualized and reproduced as reality once again.”

These preconceived binary scripts become internalized standardized mental pictures that societies model and pass to future generations. What it is to be “male” or “female,” “girl” or “boy,” “woman” or “man,” social actors pass on as theatrical actors memorize their scripts and pass to future actors.

This conjures up images of the Hollywood movie The Truman Show starring Jim Carrey in the lead role as Truman Burbank. The film documents a man who for most of his life remains unaware that he lives within a human-made artificial set of a reality television show, broadcast 24 hours a day to billions of people around the world.

The show’s executive producer and director, Christof, placed Truman at birth in the fictitious town of Seahaven, and manipulates every aspect of his life. (I will leave it up to you to analyze why the director of this farce has the name “Christof.”)

To dissuade Truman from exploring past the limits of the constructed set, Christof pretends to kill Truman’s father in a fabricated storm to teach him to fear the water. In addition, actors playing the part of TV news reporters warn of the dangers of travel, and promote the benefits of staying home.

Stemming from some unforeseen glitches in the scenery and unexplained and habitual coincidences in the placement of the actors around him, however, Truman becomes suspicions until he discovers the truth about the artificiality, manipulation, and control Christof has perpetrated on him for the past 30 years. Truman eventually outwits Christof and escapes the fabricated set into the warmth and brightness of a true sun, and the coolness and wetness of natural rain.

Society and institutions on the macro level, and individuals and families on the micro, act as extreme and fanatical examples of directors in the coercive societal battalions bent on destroying all signs of gender transgressions in young and old alike, and in the maintenance of gender scripts.

Most of us function as conscious and unconscious co-directors in this drama each time we enforce binary gender-role conformity in others, and each time we relegate our critical consciousness by failing to rewrite or destroy the scripts in ways that operate integrally to us.

I have never felt comfortable referring to myself as “male,” “boy,” and “man,” even though others assigned me the label of “male” at birth. Though I do not define as “trans,” I choose not to describe my sex, gender, and gender identity other than that of “non-binary.”

Each time we rewrite the scripts so as to give an honest and true performance of life, each time we work toward lifting the ban against our transcending and obliterating the gender status quo by continually questioning and challenging standard conceptualization of gender and gender roles, each time we challenge definitions (and the very categories) of “Men,” “Women,” “Girls,” “Boys,” only then will we begin as individuals and as a society to experience what Truman experienced after he lifted himself from the manufactured dome of artificiality: the warmth and brightness of a true sun, and the coolness and wetness of natural rain.