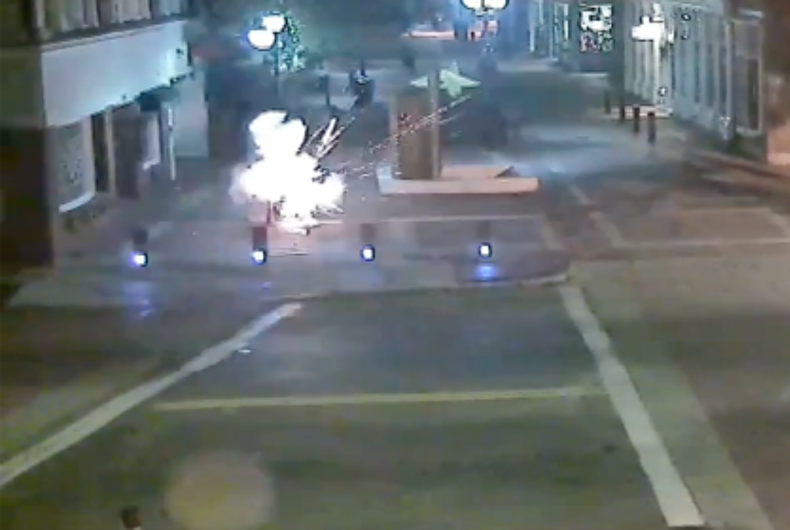 A bomb explodes inside a newspaper box for the LGBT publication Rainbow TimesPhoto: screenshot

SALEM, Mass. (AP) — Police in Salem are investigating the detonation of an explosive placed inside a news box for an LGBT newspaper as a possible hate crime.

The explosion of the Rainbow Times box along the Essex Street mall was reported early Tuesday. Police say it shook the downtown area and was heard up to a mile away.

Capt. Conrad Prosniewski says police believe the box was specifically targeted. It reportedly has been vandalized nearly 10 times in the past.

The Rainbow Times is marketed to the lesbian, gay, bisexual and transgender community. Publisher Gricel Ocasio says despite the past incidents with the box, the newspaper didn’t expect the situation to escalate this far.

Mayor Kim Driscoll, who is featured on the cover of the August edition, called the incident a “cowardly act.”

Man gets 40 years for pouring boiling water on gay couple