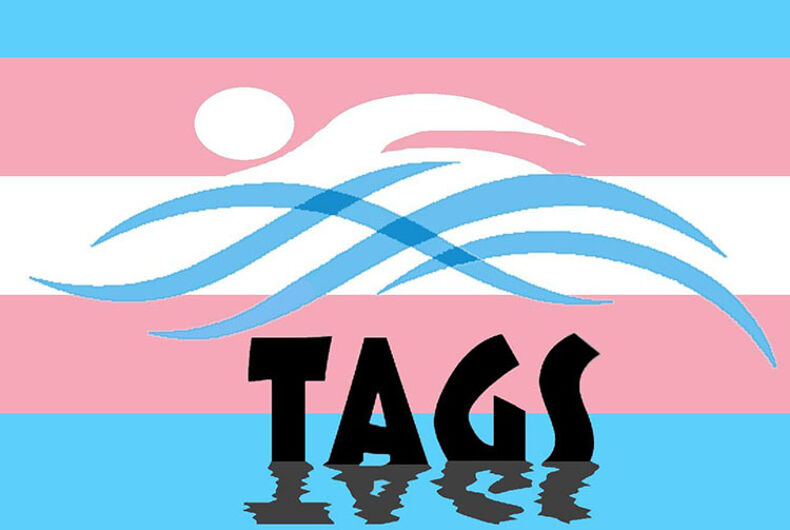 Working at a job, going shopping, visiting a gym are just three everyday activities that pretty much everyone takes for granted, except for transgender and gender non-conforming people as they begin their transitions. When you’re trans or GNC, the very thought of putting on a swimsuit and plunging into a public pool is enough to make many of these folks shiver — and not because of the temperature of the water.

Places like the Glass Mill swimming pool in a suburb of London, England are trying to change that, by setting aside time every Friday to help people like Megan Zoe Faulkner acclimate to an aspect of their authentic life that is fun, healthy and can be a positive reinforcement.

“I’ve never in my life felt so supported by a group of people as I do here,” Faulkner told Mashable. “I really had given up on life. I realised about three years ago that I had to start living as a genuine human being, and living my life as I should be. But, I didn’t really know how to.”

That’s why Roberta Francis started the Transgender And Gender-Nonconforming Swimming group in 2014 as “a safe place to socialise and swim.” She’s set up a TAGS page on Facebook, and she’s since expanded the concept to Birmingham, north London and soon, Liverpool.

“It’s a big thing for a trans person to go to a swimming pool,” says Francis. “When they go swimming, they ask themselves ‘what changing room do I go into;’ ‘will I be accepted in that changing room;’ ‘how do I look;’ ‘do I pass?'”

And TAGS doesn’t end when members leave the pool. Members meet, form friendships, explore activism. The goal, says Francis, is to expand the program to every borough in the United Kingdom within five years.

There are some critics, who blasted Francis on a YouTube video about TAGS. “Absolute insanity,” said one commenter, another confused trans with gays and made hateful remarks about the “HIV-infested pool.” Yet another posted, “Isn’t this DISCRIMINATING against everyone else? One minute they want equality, next they want their own ways. Utter fucking hypocrites and double standards.”

While TAGS is not focused on creating opportunities for inclusion in non-trans facilities, the group is addressing transphobia on a small scale by providing an enclosed space that’s free from it.