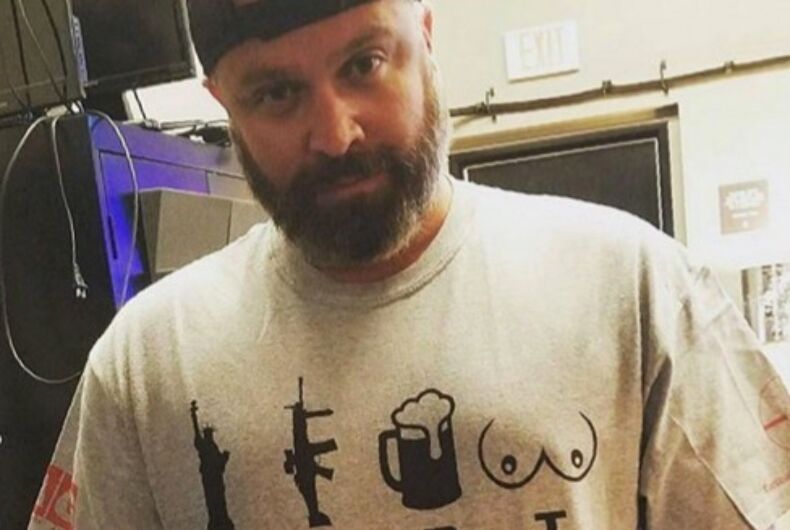 Activists and naysayers are all worked up on social media over this t-shirt spotted by Twitter user Jar Jar Bindz. No, not the LGBT for Trump shirt – that’s from the campaign (and probably more offensive).

According to the crack detectives at Gay Star News, it looks like this shirt is made by Tactical T-Shirts. They’re the fine makers of quality anti-Hillary Clinton, pro-gun and nationalistic fervor patriotic wear. Buy now and you could win a free gun!

While GSN describes the shirt as “homophobic and deeply offensive,” we’ll let you decide for yourself whether or not Lady Liberty, Guns, Beer and Titties get your dander up or if it’s a laugh riot. (Hey, it’s not even close to this level of offensiveness!)

Just remember, it’s all fun and gay until someone loses their rights – as demonstrated by former Bilerico editor, Jim Holmes. Now, isn’t that a much better shirt (and cuter guy?)