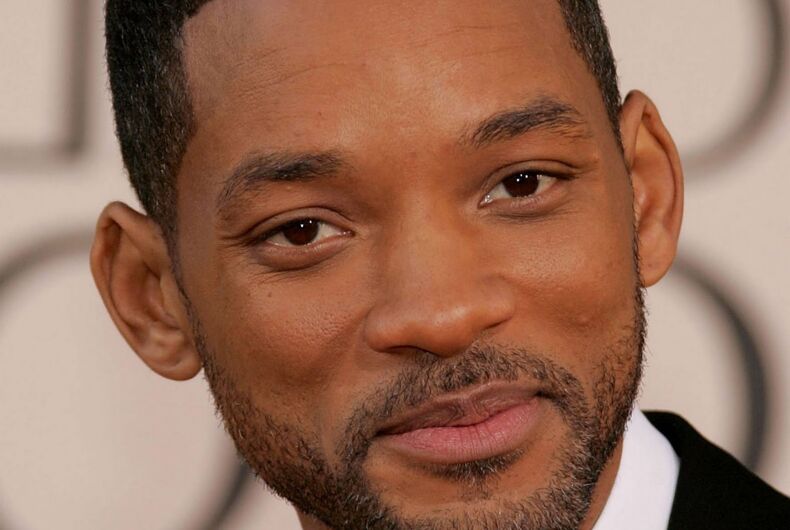 “It’s a humiliating bombshell that could destroy Will Smith’s fractured marriage,” the lead reads. “The Suicide Squad actor has been drawn into a secret hush money and cover-up scandal with his rumored gay lover!”

Those are the words of blogger Melissa Cronin at RadarOnline, whose latest attempt at outing Will Smith was published bright and early this morning. Happy Tuesday!

Humiliating bombshell? Cover-up scandal? Explosive allegations? Last we checked, we were living in a post-DOMA, post-DADT, gender-neutral-bathrooms-who-gives-a-shit-who-you-sleep-with era. It appears Cronin is living in the year 1996, when being gay was still considered “scandalous” and a “scheme” and subtle homophobia was the norm.

According to Cronin, RadarOnline recently got its hands on Martin’s Chapter 7 bankruptcy court documents which reveal the actor is over $15 million debt. The documents also claim that Smith once loaned Martin some cash to protect his assets. Information about the loan, or “secret deal” as Cronin calls it, is stored on Martin’s laptop, which the actor has been unwilling to surrender to the court because it contains unrelated private information, including personal emails, photos and videos, that he doesn’t want made public, particularly, he says, to tabloids, like, for instance, RadarOnline.

And that, Cronin says, is the smoking gun that proves Will Smith, as everyone has always suspected, is totally G-A-Y!

“Both men have always insisted that they are just friends,” Cronin writes, “but the outrageous possibility that they are gay lovers has persisted on social media and urban blogs for years.”

An “outrageous possibility” she’s continuing to peddle in her article.

Cronin also offers past evidence of the men’s “unusual relationship,” including a 2011 vacation to the Caribbean “without their wives,” and the time they were spotted hanging out at a bar “with an all-male crew until 4 a.m.”

Yep, that all sounds pretty “unusual” to us.

Don’t get us wrong, we’ve poked plenty of fun at those Will Smith gay rumors in the past, but we never once tried to shame him for it by suggesting homosexuality is somehow “humiliating,” “scandalous,” or “explosive.” In the wake of the whole Nico-Hines-Daily-Beast-Olympic-Grindr-outing fiasco, one would hope bloggers and journalists, even those at RadarOnline, might try to exercise just a little more thought when writing about this stuff.

Honestly, the only thing “humiliating” about any of this is Melissa Cronin’s passé reporting.

Actor Vincent Rodriguez reveals he has a husband on Instagram