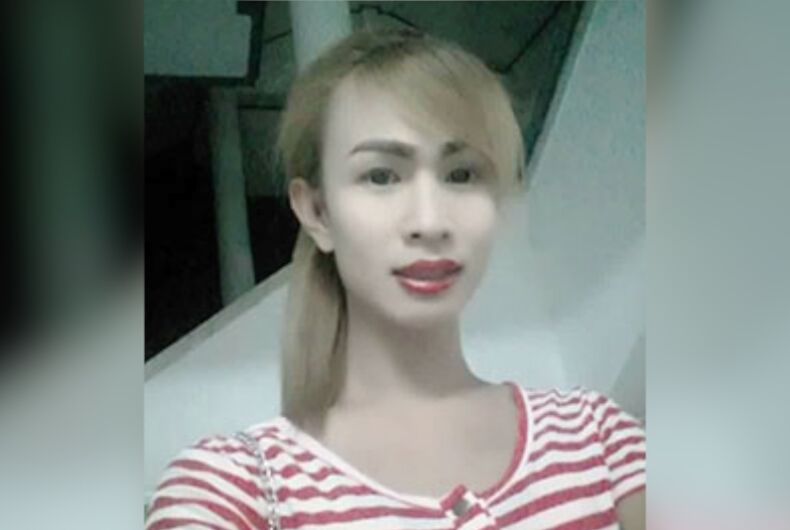 NOTE: Details in this story might be too graphic for some readers.

For four days and three nights, the body of a murdered transgender woman lay concealed in the bed frame of her Thailand hotel room, unnoticed by cleaning staff until the next guests complained about the pungent odor.

The couple asked the hotel to deal with that smell and, according to PinkNews,  that’s when a hotel worker noticed the stench emanated from the bed, and that blood was leaking from the frame.

The decomposing body of Amphon Kongsong, 28, was discovered Saturday at the Soi Buakhao hotel in Pattaya, Thailand.  She had checked in August 16.

Police say she had met a 17-year-old boy on Facebook and invited him and his 14-year-old friend to her room where they stayed for a few nights.

The boys confessed to killing Kongsong, claiming she made sexual advances that they found unwelcome.

Police chief Apichai Kropphet told reporters the 17-year-old admitted he strangled her, while the younger boy held her down.  Kropphet said police had arrested the pair and they faced charges of murder and concealing the body.