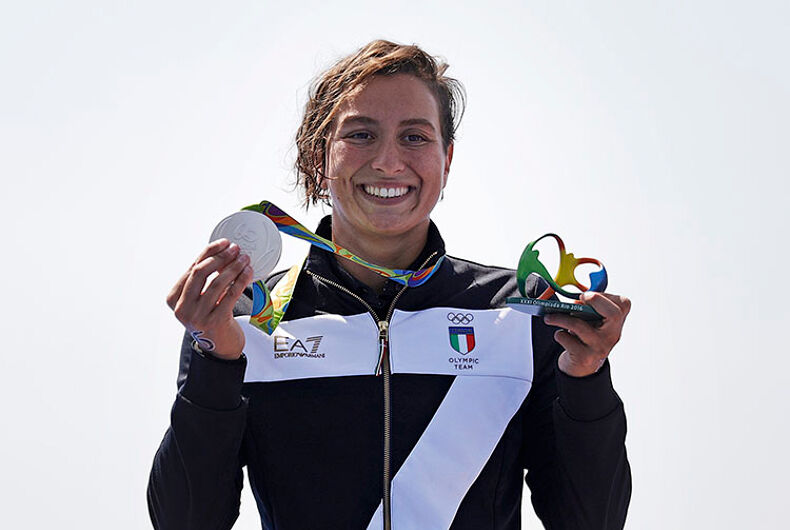 Italy has only one openly gay Olympian, and she’s a silver medalist swimmer at the Summer Games in Rio de Janeiro, Brazil. Upon meeting the press, Rachele Bruni dedicated this, her first Olympic medal, to her girlfriend, among others.

“I dedicate his victory to my family, my coach and my beloved, who have followed and supported me,’ Bruni said, according to Gay Star News.

Reporters asked Bruni, who is the “beloved” she referred to, and she didn’t hesitate to say it was her girlfriend.

“I’ve never done a big coming out. Undoubtedly there are people who have too many prejudices, but I live peacefully. I do not think about the prejudices, I live for myself, for my passion for swimming and for the people who love me.”

Bruni won silver in the 10km marathon event and is one of a record number of LGBTQ Olympians in Rio.

Will Sweden deport gay Liberian refugee to his homophobic homeland?