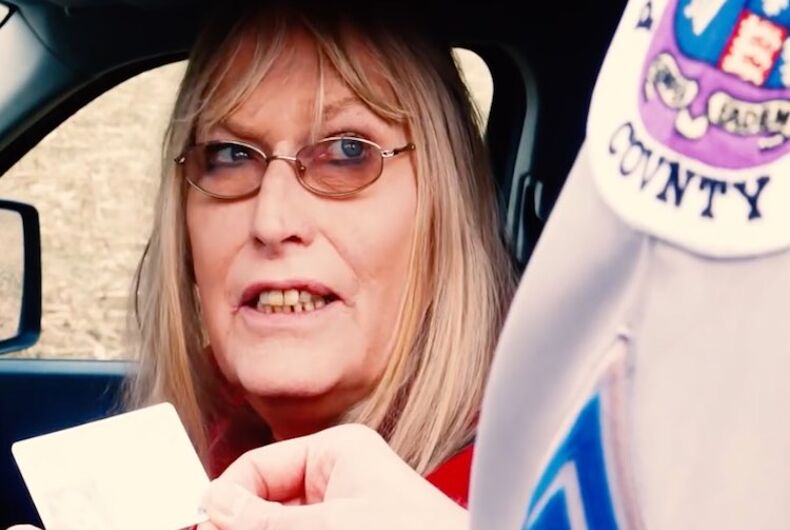 The lights flash, and sirens blare, as a police officer signals for a driver to pull over. He steps out of his patrol vehicle and over to the car’s driver’s side, where he requests to see the driver’s license and registration.

It’s an everyday scenario for police officers nationwide, one that has led to fatalities, injuries, arrests and lawsuits. And in this example as portrayed in a new training video by the U.S. Department of Justice, the motorist is a transgender woman whose identification does not match her female presentation.

“Do you prefer I call you ma’am or sir?” the officer asks, after the woman explains her license contains her current legal information but that “it needs to be updated.”

This is one of three non-emergency and non-crisis situations presented in the DOJ video to train police officers to “effectively and politely interact with transgender individuals,” according to an official statement. The video focuses on three areas where DOJ says the most difficulties arise: assigned sex, sexual orientation and gender identity.

The purpose of the training, according to DOJ, is to emphasize the difference between a real threat and a common stereotype. When trans citizens feel disrespected, they’re less likely to cooperate with law enforcement, according to the department’s Community Relations Service, which is responsible for the video.

“Transgender Americans, like all Americans, deserve to be treated with courtesy and respect by law enforcement officers,” said Acting Director Paul Monteiro of CRS.  “The information provided in this video will help strengthen the relationship between police and the transgender community, allowing for more effective investigations and safer encounters for officers and citizens alike.”

Watch the video below, which also contains scenes of misgendering and how police should address questions about bathroom access.