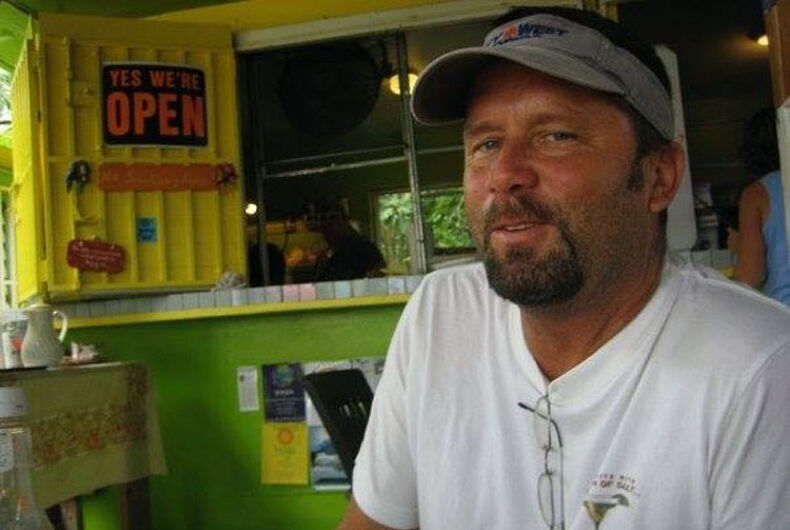 When Stephen Habberstad, 61, came out in his late 50s, his family did not take the news well. The Minnesota banking executive not only landed in divorce court, and on the outs with his relatives, but he got fired as well.

That’s because he worked for the family business — Country Bankers, Inc., — and  despite claims from the family that they terminated him for legitimate business reasons, a judge ruled late last month that the only reason Habberstad was fired, is because he is gay.

That ruling by Steele County District Judge Joseph Bueltel is worth $3.5 million to Habberstad, according to NewNowNext: $798,733 in back pay, $25,000 for emotional distress and at least $100,000 a year for life, given an estimated life expectancy of 21 years. The judge chose to award cash, and not stocks, to prevent him from “making mischief” or possibly retaliating against the family.

And what a family. Habberstad testified at trial that his wife, Kimberly, told him she knew he was gay before he told her the truth, “but did not realize it would hurt so much,” according to the Star-Tribune.

A nasty divorce followed, and Judge Bueltel declared Kimberly’s actions  “were based on her resentment and anger associated with Stephen Habberstad being gay.”

Habberstad was forced to surrender enough stock that he lost majority control of the company to his ex-wife and his sister, Susan Boschetti, who took over.

Not only that, but Habberstad’s sister sent an e-mail to his adult children after he came out, telling them, “Your dad has lived a lie for years and years and it has spilled over into the lives of his family causing a lot of heartache.”

“I didn’t realize my sister harbored those kind of feelings,” said Habberstad. “It really fries me… I’m the same person today that I was 25 years ago.”

The award of $3.5 million is believed to be the largest payout in Minnesota history to one person for sexual orientation discrimination.