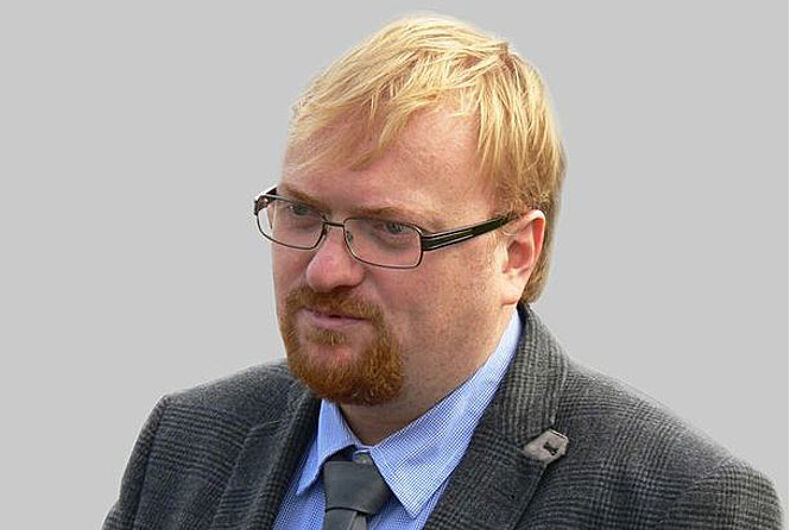 The Russian lawmaker behind the country’s gay propaganda law, said Thursday that Apple CEO Tim Cook should be banned from Russia “for life” because he is gay, and could bring Ebola or AIDS to Russia.

“What could he bring us? The Ebola virus, AIDS, gonorrhea? They all have unseemly ties over there,” St. Petersburg city council member Vitaly Milonov told the FlashNord website on Thursday. “Ban him for life.”

Apple is very popular among Russian politicians, including Prime Minister Dmitry Medvedev, but holds just 8% of the smartphone market in the country, according to Bloomberg, owing largely to the iPhone’s high cost. Now Apple may see ramifications from Cook’s decision to publicly say he identifies as gay in an essay for Bloomberg Businessweek. The country’s government has used LGBT rights as a wedge issue to underline its backlash against what it sees as Western liberal hegemony.

Milonov, an MP in St. Petersburg, is the author of the local “gay propaganda” ban became the basis for the controversial federal law passed last year.

In an essay for Bloomberg BusinessWeek, Cook publicly acknowledged for the first time on Thursday that his is gay.