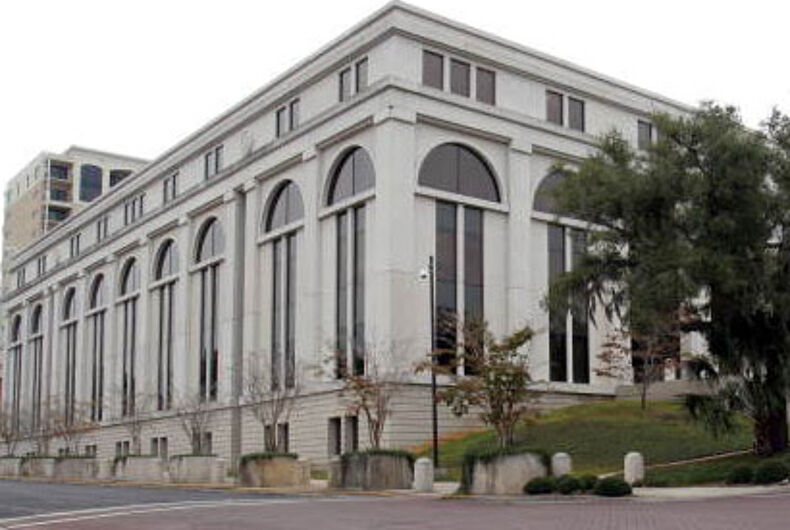 TALLAHASSEE, Fla. — A federal judge has rejected a motion by an anti-gay group which sought to intervene in two lawsuits challenging Florida’s constitutional ban on same-sex marriage.

U.S. District Judge Robert L. Hinkle on Thursday denied the request by the Florida Family Policy Council, which is seeking to preserve the constitutional ban, but said the group could file amicus briefs on the issues presented in the case.

Earlier in the week, Hinkle consolidated the two federal cases, both of which were filed in U.S. District Court in Tallahassee.

The Brenner case was expanded last month to include additional plaintiffs — a same-sex couple seeking the right to marry in Florida.

The Florida Family Policy Council is also seeking to intervene in a similar challenge filed in Miami-Dade Circuit Court.