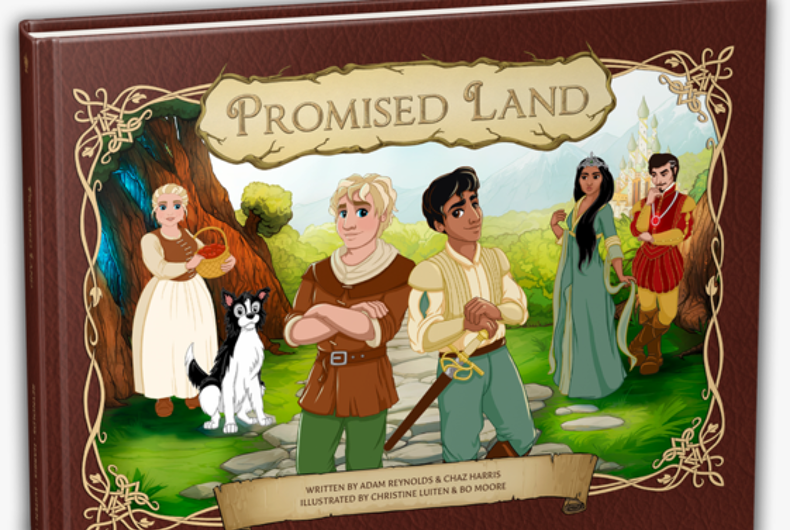 A book about a prince and a farm boy who fall in love was released today.

Promised Land is a project by two New Zealand friends, Chaz Harris and Adam Reynolds, that raised nearly 50,000 NZD (about $36,000) on Kickstarter to produce the book.

“A lot of kids today don’t have a problem with it. It’s really just if their parents tell them ‘Two boys can love two boys, two girls can love two girls’,” Reynolds told 1NewsNow.

The story is about a prince and a farm boy who fall in love in a magical forest. The prince’s evil stepfather wants to take control of the forest and the farm boy’s land. The authors say there’s even a “cute animal sidekick.”

The book opens with:

Once upon a time, in a land not far away,
A place where no one cared if you were straight or you were gay,
A prince and a farm boy both longed to be free,
One day they met, and what happened next?
Let’s turn the page and see…

The book is available on Amazon, iBook, and on the book’s website, in English, Spanish, and Portuguese. Italian and Maori translations are coming.