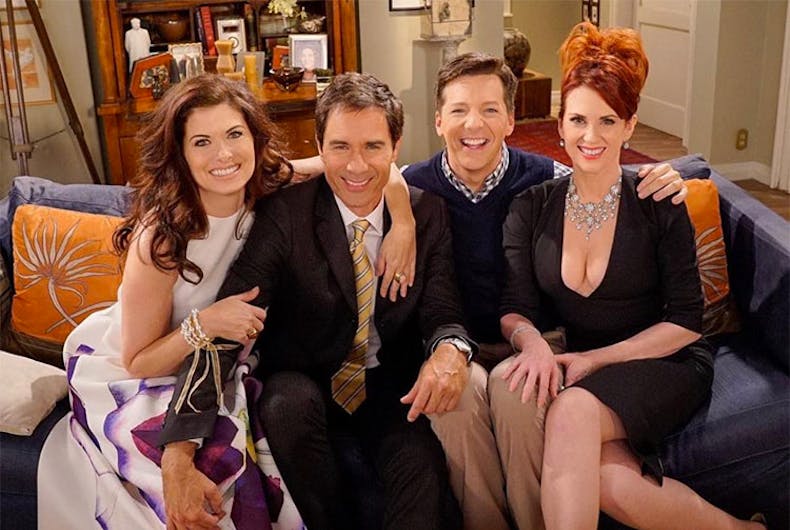 If the election-edition reunion whetted your appetite for new episodes of “Will & Grace,” there is fabulous news to report. Series star Megan Mullally boosted every fan’s hopes and dreams in a recent interview in which she declared: “Well, OK. All I can say is that there is a very good chance that that might happen.”

“It’s not happening right this second. I mean, we’re not rehearsing or anything like that. But there is a very good chance that something is going to materialize.”

The two-time Emmy winner told PrideSource she cannot say any more: “But can’t really talk about it or say anything, because you know how it is.”

The interview, first reported by Gay Star News, is the first hint since reports surfaced in October that Mullally and her costars Debra Messing, Eric McCormack and Sean Hayes — as well as series co-creators David Kohan and Max Mutchnick —were said to be in the early stages of discussions.

In September, a 10-minute mini episode was released online, urging viewers to get out and vote for Hillary Clinton. It garnered more than 6.5 million views on YouTube. And NBC was supposedly very happy with the reaction.

Given that the show has been off the air ten years, Mullally was asked how a revival might fare in these much different times. Her response was to laugh that classic laugh fans know and love.

“So speaking theoretically, in a completely made-up world where “Will & Grace” is coming back to NBC for 10 episodes – just in that made-up world – it couldn’t be a better time.

“I mean, it couldn’t possibly be better timing. I think more so now than even when we started! And who would have ever – I mean, it’s heinous that it’s because Donald Trump is the president-elect. That’s just a crazy sentence that nobody would have ever thought they’d utter. But having said that, at the same time, that just gives us carte blanche.”

Here’s another look at the mini-episode, as Karen would say, to hold you over, honey, until something better comes along.

Lady Gaga opens up about her mental illness to LGBT youth