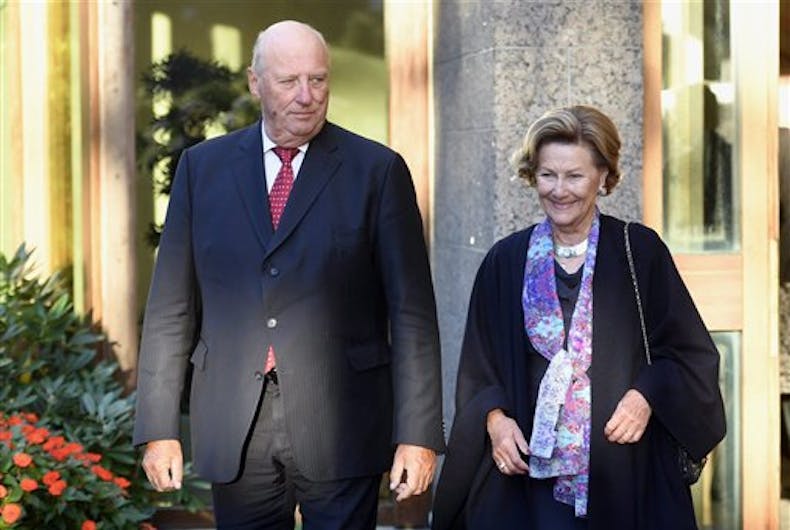 Spokeswoman Marianne Hagen said Tuesday that the palace has received many requests from people asking for an official English translation of the king’s speech on Sept. 1.

Speaking in the Palace Park in Oslo, 79-year-old Harald said: “Norwegians are girls who love girls, boys who love boys, and girls and boys who love each other.”

He said many Norwegians have emigrated from Afghanistan, Pakistan, Poland and other countries and that they “believe in God, Allah, the Universe and nothing.”

The speech has been shared tens of thousands of times on social media. Hagen said the figurehead monarch received questions about it during a state visit Tuesday to Finland.

© 2016, Associated Press, All Rights Reserved.
This material may not be published, broadcast, rewritten, or redistributed.
News
King Harald of Norway, Norway, viral video