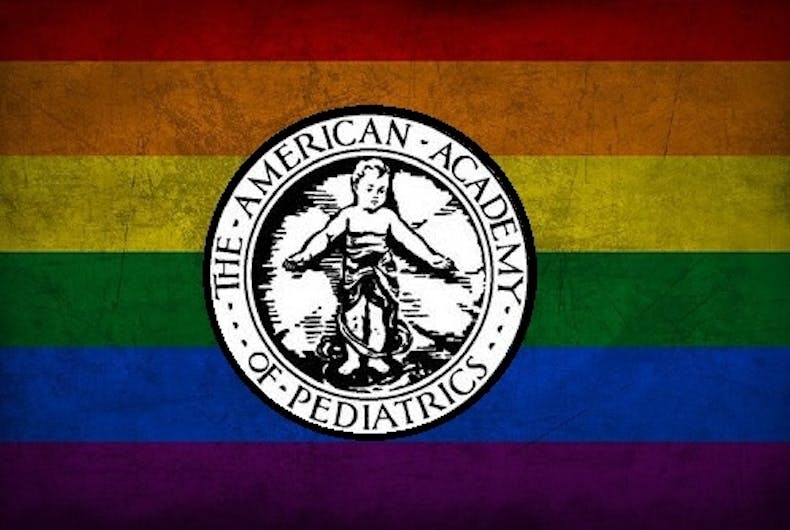 The Human Rights Campaign took the wraps off a comprehensive new resource for the parents, allies and doctors of transgender children early Thursday: a support guide that provides concrete and easy to understand explanations of gender identity, fluidity, exploration and how it differs from sexual orientation.

It also dispels the inaccurate and outdated misinformation spread by anti-transgender religious conservatives which made headlines earlier this year.

Those lies, that being transgender is a mental illness, that they’ll outgrow it, and more, added to the stress already facing families of trans kids.

“For the parents of transgender youth, the information they seek in the hours and days after their child comes out can make all the difference in the health and wellbeing of that young person,” Jeanette Jennings, mother of TLC reality star and author Jazz Jennings, told LGBTQNation in an emailed statement.

“Although it wasn’t always easy, we’ve been fortunate to see our daughter Jazz grow into a strong, confident, and happy young woman. So much of her successful transition is the result of the information and support we were able to access early in her journey; and with unconditional love our daughter is thriving.”

Jennings, whose daughter turns sweet 16 next month, consented to having a brief summary of her daughter’s story open the guide. She was one of the parents involved in reviewing this resource published by HRC, as was Trans Youth Advocate Debi Jackson, who expressed her exasperation over the misinformation that’s been bandied about, in a phone interview with LGBTQNation Wednesday evening.

“It’s frustrating that such a tiny fringe group can have an air of legitimacy simply by choosing a name that sounds authoritative and similar enough… that it confuses people,” Jackson said. She called this new publication “a great starting point because it helps refute many of the standard concerns we hear with cited references.”

But before LGBTQNation introduces you to that guide, it’s important to understand who is who in this ideological war that both sides claim is harming children.

Remember this name: The American College of Pediatricians or ACP is classified as an extremist hate group by the respected Southern Poverty Law Center. It relied on distorted findings to conclude supporting trans children in their transitions caused them harm, as reported in ThinkProgress.

So, if the ACP group is the one to watch out for, who do HRC and parents of trans children rely upon? It is the one with “academy” in its name: the American Academy of Pediatrics, or AAP, Founded in 1930, the AAP boasts 66,000 members and has the largest pediatric publishing program in the world.

Their pediatricians worked with the LGBTQ civil rights group and another highly-respected medical organization dedicated to the care of children, the American College of Osteopathic Pediatricians, or ACOP. Admittedly, all the alphabet soup of acronyms can be confusing,

With the assistance of experts from those two associations, HRC culled the latest research, spoke with members and parents of transgender children and took a critical look at the disinformation campaign by forces that support the dangerous and in some states illegal practice of conversion or “reparative” therapy aimed at “curing” trans kids. The result is the resource now online and available for sharing, at a time in which the rights of individuals who are trans and gender non-conforming are under attack.

“While our country continues our national conversation around transgender equality, we must never forget that at the center of this dialogue are real children fighting to be seen, valued, and respected,” said Mary Beth Maxwell, HRC’s Senior Vice President for Programs, Research, and Trainings, in a statement emailed to LGBTQ Nation. “This new guide provides parents and clinicians alike with vital information in their ongoing pursuit of doing right by all young people.  Our partnership with the American Academy of Pediatrics and the American College of Osteopathic Pediatricians reinforces the overwhelming medical consensus that respecting and affirming transgender young people is not only necessary, but also potentially lifesaving.”