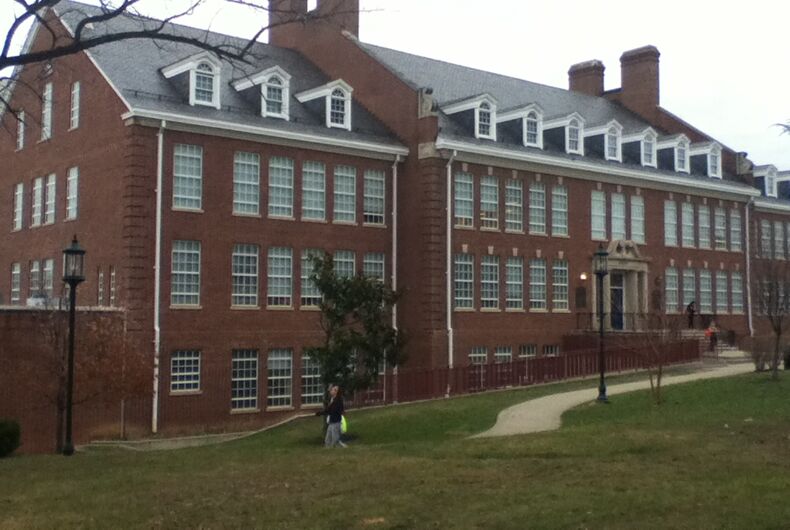 Students at Bethesda-Chevy Chase High School in Maryland have adopted a gender-neutral homecoming court this year, breaking the traditional of electing one boy as “king” and one girl as “queen.” Instead students in each grade will vote for two individuals from a ballot of finalists and the top two vote-getters will be crowned at halftime on Oct. 7.

They will be asked if they want to be identified as “royalty,” a “king” or a “queen,” when the winners are announced, which will allow for more inclusiveness while also preserving titles some students may still appreciate, said B-CC Principal Donna Redmond Jones. Jones is supportive of the change.

“What student leaders are doing is a step to help ensure that all students have a sense of belonging at B-CC,” Jones said.

“It provides an opportunity for all students to be involved in something that was exclusionary,” Jacob Rains, president of the schoolwide Student Government Association, which made the change in a 4-1 vote, told The Washington Post. “It is really not our job, especially with a gender-neutral and transgender population at B-CC, to tell people that boys have to be kings and girls have to be queens. Who are we to put people into those categories?”

“It just felt like this was the right time to do this. We looked closely and decided: ‘Hey, this is a problem with the current system, and we should go and solve it,'” Rains added.

Aiden Rivera Schaeff, a transgender student who began his transition from female to male at B-CC, committed suicide six years ago, shortly before his 18th birthday.

Aiden’s mother, Cathy Schaeff, says he was bulled at school and stopped attending classes. She spoke out in support of the homecoming change, saying it’s important to shift the culture at schools “in a systemic way that supports everybody.”

The school is the first to make such a change in the county, which has 25 high schools in all. Madison West High School, in Wisconsin, adopted a gender-neutral homecoming court policy last year and Principal Beth Thompson reports that it is working well there.

Camern Pinkus, a transgender senior and a leader of B-CC’s LGBT club, Spectrum, registered both surprise and joy over the move.

“I thought it was going to be a few more years before the school did something so gutsy,” he said.

The school is also opening another gender-neutral bathroom. School bathroom use has become a nationwide issue, with President Obama sending a directive to public schools instructing that transgender individuals be allowed to use the facilities matching their gender identity. A case involving a transgender student from Virginia wishing to use the bathroom matching his gender identity is currently before the U.S. Supreme Court.

We’re everywhere! Pride flag flies to the edge of space