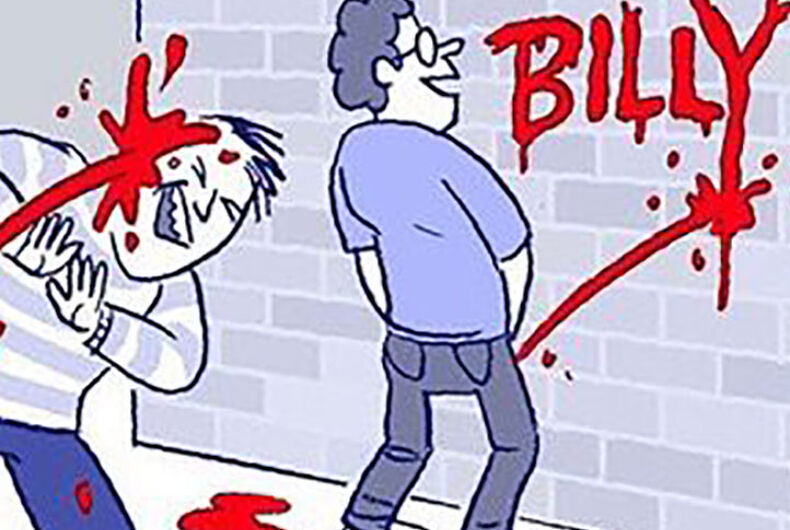 Cisgender women and transgender men have one very sore topic in common: the awfulness that is menstruation. And in an attempt to call attention to institutional sexism, a Canadian OB/GYN decided to create a hashtag she thought would generate conversation.

But Dr. Jennifer Gutner‘s hashtag, #IfMenHadPeriods, has also called attention to other social ills: the erasure of trans men, the treatment of trans women as not women, and a backlash to the backlash by people who argue trans people just like to complain about everything.

Some of the tweets have been funny, many have been angry and most have been very pointed examples of how the twitterverse can turn anything into a controversy.

#IfMenHadPeriods, tampons would be sold in the impulse-buy checkout aisle, right next to beef jerky. @DrJenGunter

The attempt at funny:

#IfMenHadPeriods Trump's period would be, I'll tell you, it'd be yuge. just the best period. The best.And women would pay for the tampons.

And the ewwww, not funny (but potentially true).

#IfMenHadPeriods there would be so many puddles of blood on the streets of NYC pic.twitter.com/gZyA3Ev9K4

But it wasn’t long before the trans community and its allies caught wind of this hashtag.

#IfMenHadPeriods news flash: some men DO have periods. this deadass hashtag influences trans erasure and cisnormativity. get outta here

I'm a genderfluid boy who has been menstruating for 7 years and recently got pregnant. Your #IfMenHadPeriods HT is transphobic and ignorant.

#IfMenHadPeriods stop. Men do have periods. Not every man is cis and it's disgusting for people to still be assuming that they are

#IfMenHadPeriods
While this highly cisnormative hashtag is trending, I want to remind everyone that trans men do exist + some have periods.

And then came the inevitable backlash against the backlash.

#IfMenHadPeriods is about the absurdity of patriarchy. yes, many men have periods; good to point out, but don't dismiss the actual point.

And of course the right wing represented by Breitbart weighed-in, too.

While not addressing the transphobia issue, Dr. Gunter did tweet an explanation of what she had hoped to accomplish.

I was tweeting in response to mansplaining about menstruation and mood. https://t.co/FI8fqH5uru