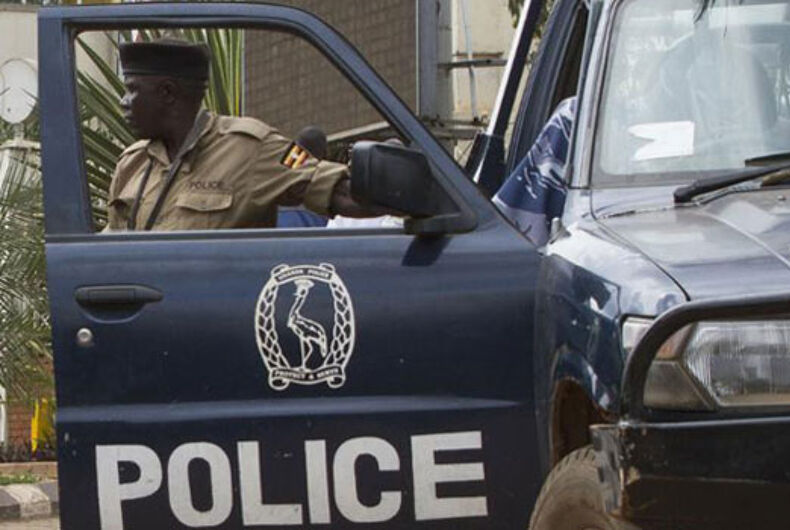 A Ugandan police officer stands outside of his vehicle.Photo: File photo

An eight year old girl has been arrested for “lesbianism” in Uganda. Police say she became “involved in romantic relationships” with female classmates.

Catherine Wobuyaga, head of the country’s Child Family Protection Unit told the African news site The Monitor that the girl is in police custody and has “confessed” to her crimes. She says the child would “lure” other young girls to school restrooms or a neighboring farm to teach them “how to romantically get involved.” She told the outlet the youngster would demonstrate various sexual acts using her fingers.

Wobuyaga also warned parents about the dangers of LGBT people “luring” children into “illicit relationships,” ignoring the reality that the bulk of pedophiles worldwide are heterosexual men. While the legal age women can be married in Uganda is 18, a recent study found that over half of women aged 20-49 were wed before their 18th birthday. Fifteen percent of Ugandan girls are married before the age of 14.

Uganda’s horrific record of human rights abuses against LGBT people may have fallen out of the limelight after worldwide outrage over proposed legislation dubbed the “Kill The Gays” bill. The law would have sentenced consenting adults caught having homosexual sex – or accused of it – to death. It would also have imposed criminal charges against anyone who belongs to an LGBT organization or who doesn’t turn in a “known homosexual” to police.

The brides spurned by Sweet Cakes by Melissa break their silence