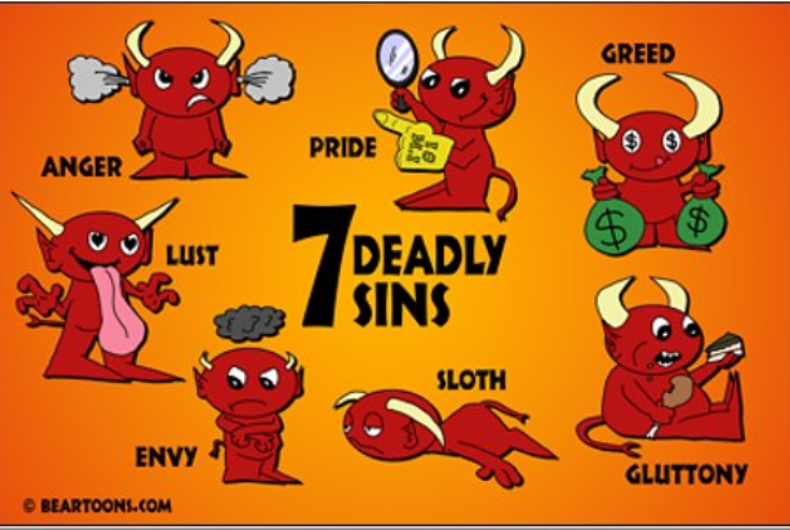 Here’s one of the most enjoyable sights to watch during this election cycle: how religious right leaders willingly abandon any sense of principle in order to justify their support for Donald Trump. There’s a long and hilarious list of reasons, straight from the the text, all of which ignores the simple fact that Trump is the least religious presidential candidate since, well, ever. The most religious candidate in this campaign is, of course, Hillary Clinton, a devout Methodist.

Obviously, capturing the presidency and the all-important fifth vote on the Supreme Court is far more important than practicing the values the religious right foists on the rest of us. The ends seem to, ahem, to trump the means, not matter how distasteful.

If anything, Trump is the antithesis of religious virtue. His life is a recap of the seven deadly sins writ large.

Here are some prime examples of how Trump illustrates the worst vices in the Christian tradition, mostly in his own words.