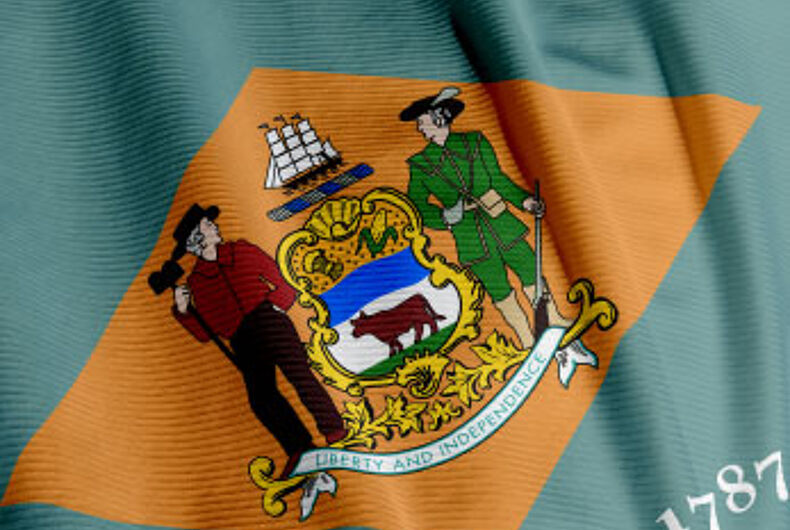 DOVER, Del. — Democratic lawmakers have introduced a bill outlawing discrimination in Delaware based on gender identity.

The legislation defines gender identity as “a gender-related identity, appearance, expression or behavior of a person, regardless of the person’s assigned sex at birth.”

The bill would prohibit discrimination against a person on the basis of gender identity in housing, employment, public works contracting, public accommodations, and insurance.

“In today’s society, it still takes a tremendous amount of courage to say, ‘I’m going to live as my true self,'” Goodman said.

Under current law, people can be fired from their jobs, denied housing, and turned away from service at restaurants and hotels because of their gender identity, Goodman said.

Goodman said transgender people are currently not protected by Delaware’s existing prohibition of discrimination based on sexual orientation.

“Gender identity has absolutely nothing to do with sexual orientation,” she said, adding that transgender people can be straight or gay.

“By passing genderless marriage, our legislature fundamentally changed our social order and moved us closer to a genderless society,” Theis said in an email. “Now same-sex marriage opponents want to pass a Bathroom Bill that redefines gender and gives legal protections to predators and endangers our children.”

Theis said that under the legislation, “any man who claims to feel, express, or identify himself as a woman has a legal right to any public ladies restroom, locker room, showers, or fitting room in our state.”

McBride said its time for the General Assembly to ensure that Delawareans are treated fairly.

“We should be judged on our merits, not our identity,” she said.

“The governor believes that discrimination on the basis of gender or gender identity is inherently wrong and supports legislation to prohibit it,” said Markell spokeswoman Cathy Rossi.

The bill, similar to legislation passed in 16 other states, includes a provision stating that employers could still require workers to adhere to reasonable appearance, grooming and dress standards “except that an employer shall allow an employee to appear, groom and dress consistent with the employee’s gender identity.”

The bill also would require educational institutions to provide “reasonable accommodations” to permit access by transgender people to such facilities as single-sex student dormitories, fraternities, sororities, and other housing.