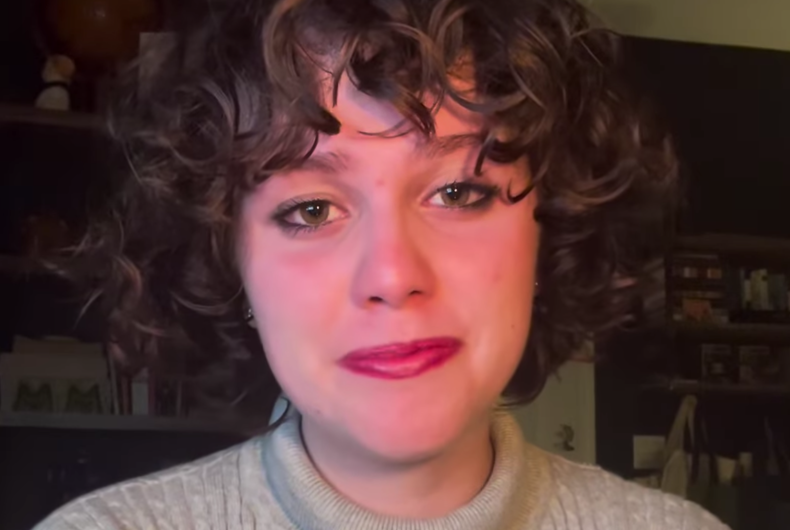 Students at a high school in Florida are pointing to the state’s Parental Rights in Education law, aka Don’t Say Gay, as the reason for the sudden cancellation of a long-scheduled drama department production.

The canceled play, Indecent by Paula Vogel, depicts the true story of another stage play called God of Vengeance, which was shut down in New York in 1923 on charges on indecency; the Broadway production of the Yiddish play depicted the first-ever onstage kiss between a lesbian couple in American theater.

The production at Douglas Anderson School of the Arts in Jacksonville was scheduled last May and cast in December. Indecent was to premiere March 1, coinciding with the 100th anniversary of the ill-fated Broadway show.

“Indecent is a story about how detrimental censorship is, about how its damaging effects can ruin a nation and a community. I don’t need to point out the irony,” Scotti said.

An email from Douglas Anderson principal Tina Wilson the same evening informed parents that Anton Chekov’s The Seagull would replace Vogel’s play. “A closer review of the mature content” of Indecent led school officials “to the conclusion that Seagull is better suited for a school production,” Wilson wrote.

In her Instagram video, Scotti claims school administrators all but acknowledged the show was axed due to the Don’t Say Gay law, which prohibits discussions of sexual orientation and gender identity in grades K through 3 and restricts them in higher grade levels.

“Tonight during rehearsal our company was notified that the school board is shutting us down not because of, but related to the ideals stated in the Don’t Say Gay bill,” said Scotti. “They are trying to tell us this play is dirty, immoral, obscene, and, of course, indecent. And by that nature, they’re trying to tell me that I myself and my community is dirty, immoral, obscene, and indecent.”

A spokesperson for Duval County Public Schools denied any connection to the controversial new law, enacted in September.

“Indecent contains adult sexual dialog that is inappropriate for student cast members and student audiences,” Tracy Pierce told Teen Vogue. “It’s that simple. The decision has no relevance to any legislation but is rather a function of our responsibilities to ensure students engage in educational activities appropriate for their age.”

Drama productions at Douglas Anderson preceding the Parental Rights in Education law include Rent, depicting multiple LGBTQ+ relationships and the devastation wrought by the AIDS epidemic, and Chicago, a musical featuring singing prostitutes.