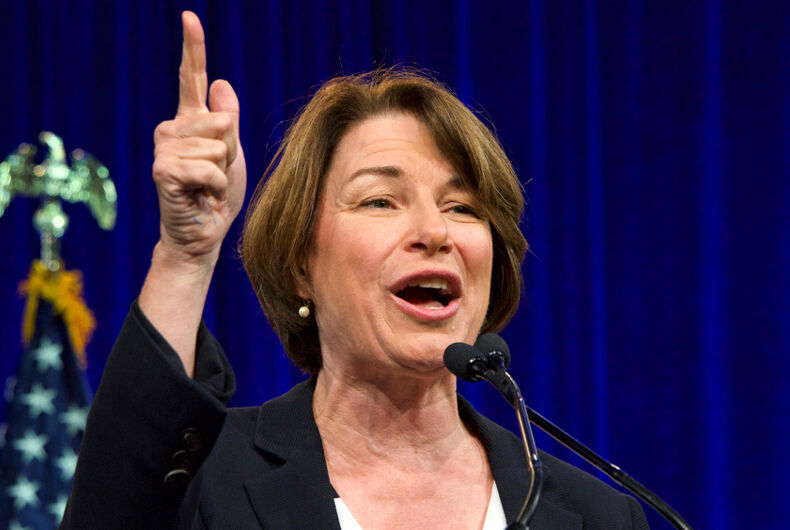 The hearing was partly fueled by the chaos that ensued as millions of people attempted to purchase presale tickets for Taylor Swift’s “Eras” tour through Ticketmaster but were met with a slew of tech issues.

Throughout the hearing, Senators leaned into the situation with many shoutouts to the fans they knew were paying attention. Some of these shoutouts included quoting her song lyrics. Many ruthlessly mocked the situation on Twitter, with some pointing out that it didn’t feel like the lawmakers were taking the situation seriously enough.

Even the Senate Judiciary Committee itself tweeted a Taylor Swift reference Tuesday morning. “…Ready for it?” was all it said, a reference to Swift’s song of the same name, along with a retweet from Sen. Dick Durbin (D-IL) announcing that the hearing would be that morning.

And that was only the beginning.

Sen. Mike Lee (R-UT) seemed to have the most fun, making multiple references to Swift’s lyrics.

When discussing Sen. Amy Klobuchar (D-MN) as the  Chairwoman of the Senate Judiciary Subcommittee on Competition Policy, Antitrust, and Consumer Rights – Lee stated that he had hoped to “get the gavel back” but that “‘she’s cheer captain and I’m on the bleachers,'” a lyric from Swift’s “You Belong With Me.”

Lee also called someone’s ability to resell a ticket “a nightmare dressed like a daydream,” a lyric from Swift’s hit, “Blank Space.”

He also quoted “Karma,” from Swift’s most recent album, Midnights, with what he clearly believed was quite the zinger. “Karma’s a relaxing thought,” he declared, quoting Swift. “Aren’t you envious that for you it’s not? That’s all I’ve got to say.”

Klobuchar got in on the fun as well.

“You can’t have too much consolidation,” she said, “something that unfortunately for this country, as an ode to Taylor Swift, I will say we know ‘all too well.'”

“All Too Well” is one of Taylor Swift’s most well-known songs.

Across Twitter, fans didn’t know what to make of it all. Some were angry that they weren’t being serious enough.

This is not only cringe but makes it seem like they aren’t taking this seriously. If you don’t care, then don’t waste time acting like you will change it

They’re literally making fun of a dire situation and people are blind to it. I get it but what resolution are swifties getting? It’s been a LONG time for @taylorswift13 and we know she sells well and people know her but this is about her fans and scams.

Congress- great at theatrics while ignoring the plight of Americans.

But many seemed to agree on one thing: It was hilarious.

If you watched the US Senate hearing on Ticketmaster… you know. #TaylorSwift pic.twitter.com/Ah6k6H1Fce

It's too early in the year for this level of cringe.

Hahaha the fact that they looked so proud too

In the quest for a sound bite did they coordinate who used what song? #Livenation #taylorswifttickets

Really glad they’re having fun out there, that’s really what matters to me most

Hahaha the fact that they looked so proud too

taylor swift lyrics in a courtroom while suing ticketmaster is just the wildest thing i can think of to start my tuesday pic.twitter.com/ADwcoNgkoH

It’s amazing this was not an SNL skit but the actual United States Congress. Her impact 😂

i think i just died from cringe

Well it’s good to know some things are still bipartisan

The smirk after the reference 😭 they think they did something

Bravo to all the gay staffers who prepped their representatives well

This is giving some real “Veep” energy

What is demisexuality really?