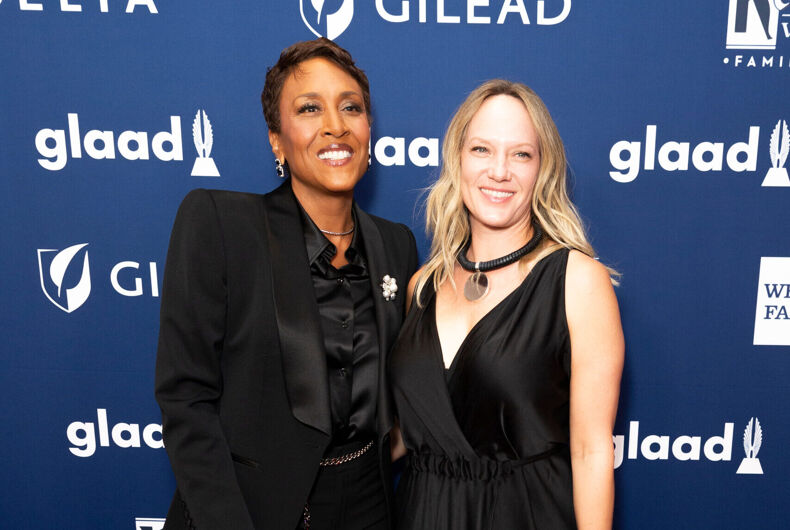 Roberts, who publicly came out as gay in 2013, made the announcement while interviewing author and motivational speaker Gabby Bernstein, who asked Roberts during the interview what she planned to say “yes” to in 2023.

“I’m hesitating because I haven’t said it out loud yet,” Roberts said.

“It’s something we have talked about but we had put it off, she became ill, but it was just and it is saying yes to that and that next chapter.”

Bernstein then asked Roberts to create a wedding vision board and meditate on what she wanted for the wedding day, to which Roberts respond she would be meditating on the marriage rather than the wedding.

“Even better, thank you for teaching me now,” Bernstein said.

Roberts embraced the public announcement and posted the video on her Instagram. She wrote, “Saying YES to marriage in 2023.”

Roberts and Laign have been together since 2005, when they were set up by friends on a blind date.

Roberts, a survivor of breast cancer as well as a rare blood disorder called myelodysplastic syndrome (MDS), confirmed the relationship in a 2013 Facebook post celebrating a year since her bone marrow transplant.

“I am grateful for my entire family, my long time girlfriend, Amber, and friends as we prepare to celebrate a glorious new year together,” Roberts wrote at the time.

In February 2022, Roberts announced that Laign was diagnosed with breast cancer and was starting chemotherapy. “Thankfully, the prognosis is good,” Roberts said.

This past July, Roberts posted a video of Laign excitedly ringing a bell to signify the end of her radiation treatment.

Nina West was forced into hiding after homophobic attacks. She’s still standing up to haters.