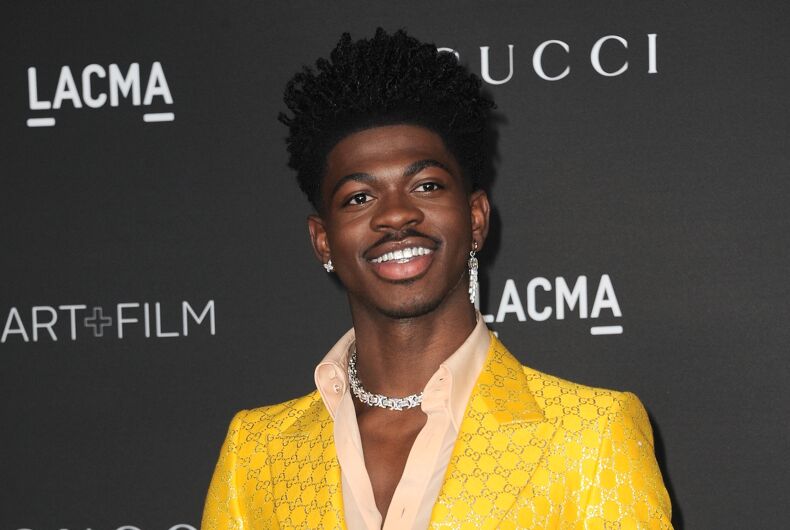 Famed children’s entertainers The Wiggles sent parents into a frenzy last week when they posted a photo with out rapper Lil Nas X to their Instagram account and wrote, “New collab in the wind?”

Both Nas and the Wiggles had performed at the same festival in Australia. In the photo, Nas is wearing his own Wiggles shirt and standing in the center of the group as they all give a thumbs up around him.

Many parents were outraged and could not believe The Wiggles would even associate with Nas, who sparked a fury of conservative backlash with his song and video for  “Montero (Call Me By Your Name),” in which he gives a lap dance to the devil.

“Such a shame, my daughter loved the Wiggles,” one commenter wrote. “I don’t see how someone who lap dances the devil in their music videos is a good candidate for working in the children’s music industry.”

Others called the very G-rated photo “seriously revolting” and “so inappropriate.” One commenter said that The Wiggles “should remain a source of light not dark.”

“Disappointed to say the least. Let our kids be kids,” another wrote.

“They do not need to be exposed to the things that lil nas puts on show during his performances, songs, music videos. How on earth do the wiggles think that collaborating with an artist that produces basically R rated material, is appropriate for little children? It isn’t.”

Others celebrated the photo, though, expressing their excitement and love for the situation and the very likely tongue-in-cheek suggestion of a collab.

“Lots of people commenting obviously don’t understand art & have horribly closed minds. I hope this post stays up forever & there IS a collab,” one person said.

“100% support this can’t wait to take the little one if lil nas comes to Melbourne,” said another.

“The Wiggles MUST work with Lil Nas X. It sends a wonderful message about acceptance and as an added bonus, annoys conservatives,” a third commenter said.

Known for his snappy comebacks and refusal to let the haters bring him down, Nas responded directly and succinctly to the criticism.

After someone tweeted, “Lil Nas X has put human blood into 666 pairs of his design for nike shoes and is now planning to collaborate with The wiggles,” Nas merely replied, “what’s the problem.”

This is also not the first time a Wiggles/Nas collaboration has been cheekily floated. In April, Nas tweeted, “trying really hard to get the wiggles to coheadline the tour with me. i will keep you guys updated.”

The Wiggles replied, “We’re ready to wiggle with you!”

A trans woman founded a group to help trans people leave the U.S. due to rising hate