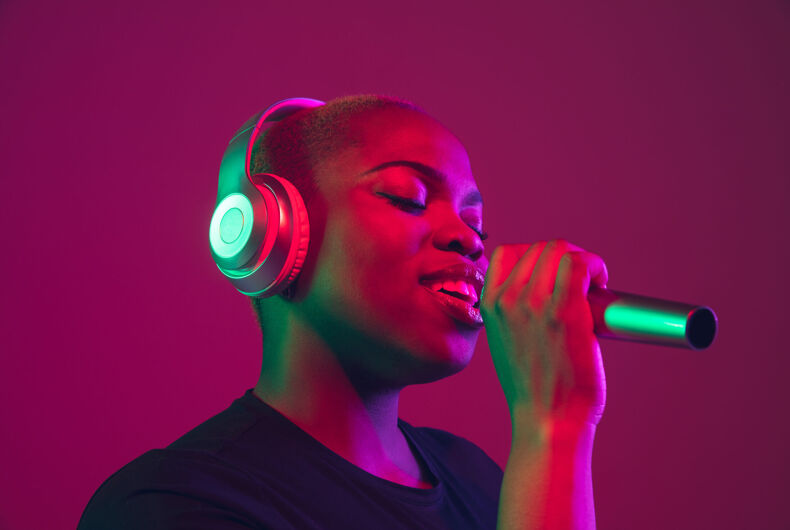 The bill would put restrictions on transgender and non-binary people singing and dancing in public. It would also require bars, restaurants, shops, and theaters to relocate if they allow such behavior from people of those identities or anything resembling drag.

The bill, S.B. 43, defines a drag performance as one in which a performer “exhibits a gender identity that is different from the performer’s gender assigned at birth using clothing, makeup, or other accessories that are traditionally worn by members of… the performer’s opposite sex,” and performs a song or dance “intended to appeal to the prurient interest” in front of an audience of two or more people.

By this broad definition, a transgender or non-binary person singing a song about lovemaking, reciting a sexual story, or gyrating while dancing would be legally considered the same as a sex worker or someone having sex on camera. In fact, the law would consider any person doing these things as someone who works for an “adult-oriented business” if they wore anything not associated with the sex they were assigned at birth.

The law would also redefine an adult-oriented business as any place where such a performance occurs. This would include bars, restaurants, and any places that allow gender non-conforming individuals to sing, dance, or otherwise perform.

The state’s zoning laws would require such businesses to be relocated outside of areas where children can easily view them.

Legislators from at least seven states — Arizona, Idaho, Michigan, Montana, Missouri, Tennessee, and Texas — have proposed anti-drag laws in recent months, according to Bloomberg Law. Republican legislators in these states claim that drag shows “sexualize children” even though such performances rarely ever feature sexual content.

The proposed legislation would almost certainly be challenged in court soon after being signed into law since it violates constitutional protections for free speech. But the real aims of such laws are to silence LGBTQ+ allies and generate outrage against the LGBTQ+ community.

Their proposed legislation has also emboldened neo-Nazis, Proud Boys, white supremacists, and other anti-LGBTQ+ activists to issue death threats against businesses and public libraries that hold all-ages drag events. At least 124 incidents targeting drag events were reported in 2022 far this year across 47 U.S. states, according to the LGBTQ+ media watchdog group GLAAD.

Some questions about the stupid things that people say without thinking