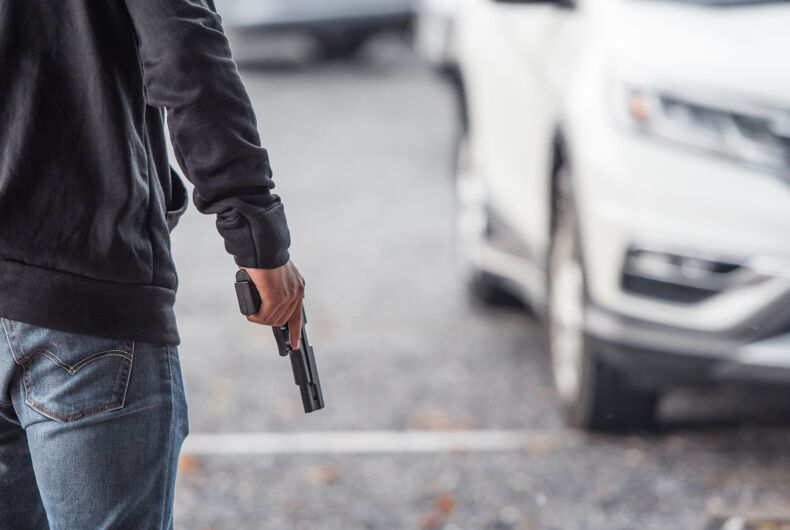 A 19-year-old man in Florida was arrested by the FBI on Tuesday after posting a photo of an automatic rifle along with a threat to target gay people in a mass shooting.

Sean Michael Albert has been charged with making an interstate communication to threaten to injure another person. The Tallahassee Democrat reports that Albert admitted to posting the threat on the social media platform Discord. The post included an image of a rifle with a caption that included Florida State University’s main address along with an anti-LGBTQ+ slur.

FBI agents in Orlando reportedly traced the post to Albert after receiving a tip about the post on December 16. Albert, who lives outside Orlando, flew to Washington, D.C. on Dec. 16 and returned to Orlando on New Year’s Day. FBI agents approached him at Orlando International Airport and he agreed to an interview.

“During the interview, Albert was asked why he thought he was being interviewed,” according to the complaint, which notes that Albert had previously been interviewed by the FBI in April 2021. “After providing three possibilities of why the FBI would want to speak with him (none of which involved illegal activity), Albert responded that it was probably because ‘[he] made a post online that may be perceived as a mass shooting threat.’”

He claimed to have gotten the photo of the rifle off Reddit.

“Albert was asked to explain his mindset when he posted the threat and whether he understood that posting that type of content is in violation of federal law,” the complaint says. “Albert responded that he did not believe his post was illegal, stating that the post was meant to be ‘ironic,’ ‘satirical’ and ‘a joke.’”

He said he chose to include the FSU address because it would get “the most reaction from those on the Discord server” which he acknowledged was filled with “extreme controversial ideology and potentially other illegal content.”

The FBI interviewed Albert’s roommate and apartment manager and found “a history of violence and a pattern of concerning behavior.” According to the complaint, “Albert has rapidly progressed from making controversial statements online, to confrontation with classmates and peers in online spaces, as well as direct confrontation with people outside of” Full Sail University in Winter Park, Florida, where he was a student.

Albert, who is being held in federal detention in Orlando, allegedly posted that “a genocide … NEEDS to happen not even a question,” along with an anti-LGBTQ+ slur, as well as another threat to “tear gas a synagogue” and what is believed to be a coded threat to kill all Black people.

George Santos confessed to theft & forgery in Brazil. Now he denies that too