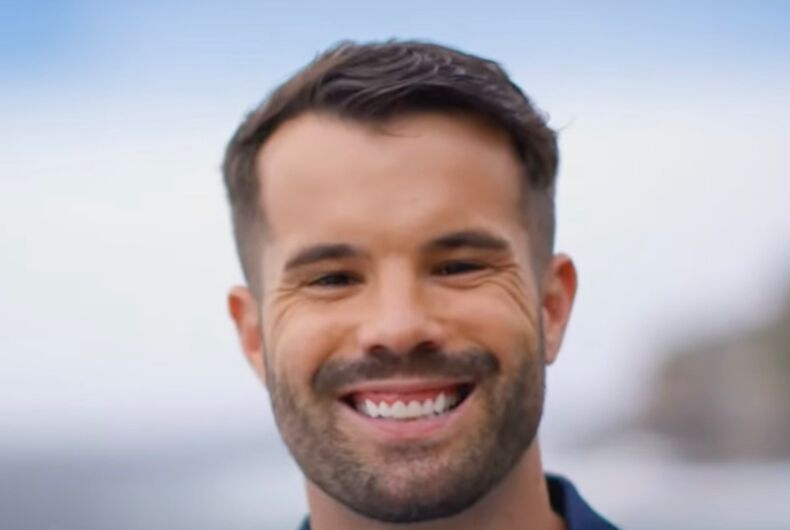 Simon Dunn, Australia’s first out gay bobsledder, has died at 35.

A statement from the Surry Hills Police Area Command said Dunn’s death is “not being treated as suspicious.” He was reportedly discovered in his own apartment in Sydney on January 21.

Dunn – who was also a Rugby star that played for an LGBTQ+ team called the Sydney Convicts – competed for Australia in the 2018 Olympics in Pyeongchang, South Korea.

He was the first out gay person in any country to compete in Olympic bobsledding. While he planned to come out of retirement to compete in the 2022 Winter Olympics, a bicep injury ultimately prevented him from doing so.

In October, Dunn, who became known for speaking out against homophobia in sports, posted on Instagram that he had parted ways with his partner of five years and that it had been “a rough year of personal loss.”

“For me, my passion will always be working for my community and advocacy organisations plus exploring further ways I can contribute,” Dunn asserted in the post.

And indeed, his kindness and commitment to charity work is the way many are remembering him.

A statement from The Bobby Goldsmith Foundation – Australia’s longest-running HIV charity for which Dunn was an ambassador – said Dunn was a “selfless, compassionate and kind individual who treated everyone equally, stood up for marginalised and vulnerable people and called out injustice.”

“He was determined to make a positive change in sporting culture throughout the world and his tireless efforts to promote inclusion and equality in sport will continue to inspire future generations.”

His Agency, Ruby Rose Management said he was “passionate about giving back to the community and volunteering, he gave his time, and utilising his profile, to help multiple charities. Like all great ambassadors, he had his favourites which included Bobby Goldsmith Foundation, Give Out Day and Pride in Sport.”

“Simon never said ‘NO’ to donating his time to any organisation who wanted to grow its Diversity and Inclusion footprint from Woolworths to Lion – helping them all to better understand their LGBTQIA+ employees and customers.”

A drag performer named Kitty Glitter called him “one of the most genuinely kind-hearted sweethearts the world has ever been blessed with.”

“We spent the early and first hours of 2023 together drinking wine, sharing stories and laughter on your couch with your friends and discussing our ambitions and plans for the year ahead…It cuts deeply to know that you had so much more to give to this world and to those around you.”

Dunn had also recently posted about the difficult year he had after his bicep injury and thanked those who stuck by his side and supported him.

“Trust me, the recovery was long & painful. Unable to work, insurance companies finding any excuse not to help. I entered some pretty low places,” he wrote.

“I’ve lost count of the times I’ve referred to myself as a ‘failure’ or questioned my entire career. I’d find myself not being able to get out of bed, what was the point?”

Many others shared also shared loving tributes to Dunn.

Simon gave his time freely and generously for the many causes he believed passionately in and we’re very grateful that included Terrence Higgins Trust and National HIV Testing Week.

Simon, you will be so missed. pic.twitter.com/QCDmKyWJxP

Very sad to hear about the passing of Simon Dunn.

Being a trailblazer for the LGBT+ community in any sport is a valiant act and his bravery will always be remembered. RIP Simon ⚘️ 🏳️‍🌈 pic.twitter.com/tvWy7StaZQ

Saddened and shocked that Simon Dunn has passed away. He was kind, sincere and dedicated to helping other LGBTQ+ people. Thoughts with his family, friends and loved ones!

Remembering Simon Dunn with all his beauty. The gay rugby player and bobsledder posted this photo on Facebook a few days before he passed. Rest in peace. #SimonDunn #gaynews pic.twitter.com/ZA7pIagDCI

So saddened to hear of Simon Dunn’s passing… 😔 He hosted a performance I did in 2016 & we got to hang out. He was kind, sweet & light. Keeping his loved ones in my thoughts…

Be kind to each other out there. You never know what kind of darkness a person is living through… https://t.co/lcigtLaYSn

Sad to hear that you left us so soon, @BySimonDunn. You were and will always be a hero to us. May you Rest in Peace. #RipSimonDunn #SimonDunn pic.twitter.com/mkA2sklXKA

This is so sad.

Simon Dunn was a huge advocate for #LGBTQ rights, especially in the sporting world. He stood up for himself & everyone in our community 🏳️‍🌈💜🏳️‍🌈

George Santos is a liar & grifter. He’s the perfect example of a modern gay Republican