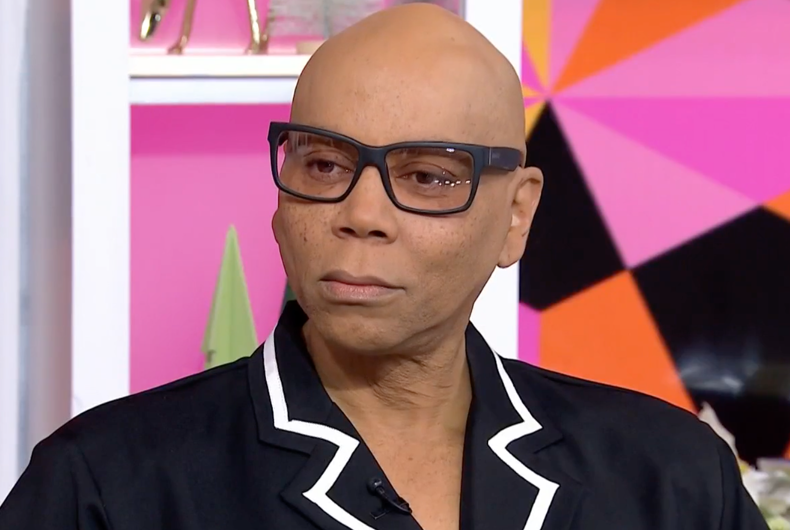 Queen of Drag RuPaul spoke out Friday in his first remarks about the wave of attacks and protests at drag events across the nation.

“It’s such a tragedy how our country has become so divided, and it really breaks my heart,” RuPaul told Today Show hosts Hoda Kotb and Jenna Bush Hager. “I pray for our country, and the world really, and I still believe in the power of love.”

A report by GLAAD released in November documented a record of 124 incidents targeting drag events across 47 states in 2022. GLAAD’s data did not include the Club Q massacre in Colorado Springs.

In Tulsa, Oklahoma, in October, security video captured a person smashing the windows of a doughnut shop before lighting a Molotov cocktail and firebombing the storefront. The same month in Eugene, Oregon, protesters carried semiautomatic rifles and threw rocks and smoke bombs at a drag event.

In September, in Downers Grove, Illinois, near Chicago, a public library canceled a drag bingo event after receiving a threatening letter with a bullet and the phrase “more to come.” In Memphis, Tennessee, Proud Boys were among the armed protesters that showed up to a drag event at the Museum of Science and Industry, forcing a last-minute cancellation.

In Sparks, Nevada, in June, children at the town library ran for safety from a Proud Boys protester carrying a gun.

Fueling and rewarding the anti-drag threats and violence, legislative proposals in eight states would ban drag performance in some form. In Texas and Arizona, bills would ban minors from attending drag performances. In Florida, Gov. Ron DeSantis (R) announced a similar proposal. In Tennessee, a bill aims to ban all drag performances in public, while Michigan lawmakers announced a plan to ban drag shows from schools, despite no such events taking place.

The wave of attacks comes amid the explosive popularity of drag, fueled partly by the success of RuPaul’s Drag Race.

“We started the show as a celebration of drag, to celebrate the art of drag, and also the courageous hearts of these kids who come up from homes — a lot of times they’re thrown out of their homes — but they find a place on our show and they find an audience,” RuPaul told the co-hosts. “And they are traveling the world. They’re doing their own shows, movies. They’re doing it all. It’s great.”

About the attacks and protests, RuPaul added, “What I say to everyone is: Don’t lose faith in the power of love.”