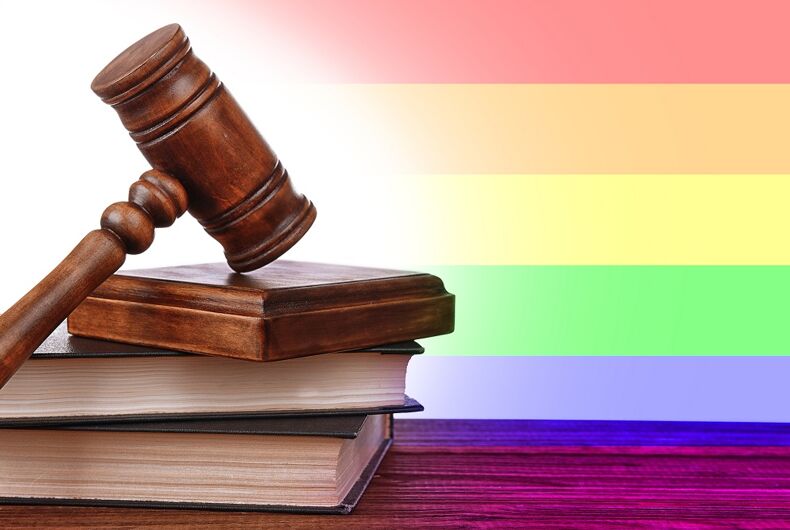 A four-judge panel handed down the ruling on Thursday, upholding a previous decision by a lower court citing New York City’s anti-discrimination law. Exemptions to the New York Human Rights Law’s public accommodations provision, the judges ruled, do not apply to Yeshiva University because it does not meet the definition of a religious corporation incorporated under the education law or the religious corporation law.

In June, Judge Lynn R. Kotler ruled that New York’s anti-discrimination law “does not target religious practice, its intent is to deter discrimination, only, and it applies equally to all places of public accommodation other than those expressly exempted as distinctly private or a religious corporation organized under the education or religious law.”

On Thursday, the appellate court agreed with Kotler’s ruling that “Yeshiva’s organizing documents do not expressly indicate that Yeshiva has a religious purpose.”

“The record demonstrates that Yeshiva already recognizes LGBTQ+ student organizations at three of its graduate schools, which are legally part of Yeshiva’s corporation, has done so for over 25 years, and made clear as early as 1995 that this recognition did not mean Yeshiva endorsed or accepted the views of those student groups,” the judges said. “As such, and in light of Yeshiva’s corporate purpose as an institution of higher education, we find that denial of recognition for the Pride Alliance is not ‘essential’ to Yeshiva’s ‘central mission.’”

“We welcome today’s ruling from the Appellate Division affirming that Yeshiva University cannot discriminate against its LGBTQ+ students by continuing its refusal to recognize the YU Pride Alliance,” the YU Pride Alliance’s attorney Katie Rosenfeld said. “We hope that the University will accept the Pride Alliance’s invitation to resolve the lawsuit by finally recognizing an authentic, student-run, mutually acceptable LGBTQ undergraduate student club that operates like all other clubs at YU.”

The ruling follows the Supreme Court’s decision in September not to block the lower court’s order. Yeshiva University had argued that the lower court’s decision was an “unprecedented intrusion into Yeshiva’s church autonomy” and that the school “cannot comply with that order because doing so would violate its sincere religious beliefs about how to form its undergraduate students in Torah values.”

But in a 5-4 vote that saw Chief Justice John Roberts and Justice Brett Kavanaugh siding with the court’s liberals, the Court ruled that the university must exhaust all judiciary avenues in New York before it would hear the case.

In a statement, Americans United for Separation of Church and State President and CEO Rachel Laser cheered the New York appellate court’s decision this week.

“The court here did the right thing, reminding Yeshiva University that religious freedom is not a license to discriminate and that it must provide all student clubs – including those of LGBTQ students – with equal treatment and safe spaces under New York’s public accommodations law,” Laser said. “Today’s decision is a win for true religious freedom.”

According to Gothamist, Yeshiva University spokesperson Hanan Eisenman said the school plans to appeal the court’s decision. “Yeshiva is disappointed in the court’s ruling and will continue on appeal to defend against the claim that we are not a religious institution.”

Yeshiva would next have to take the case to New York’s Court of Appeals.