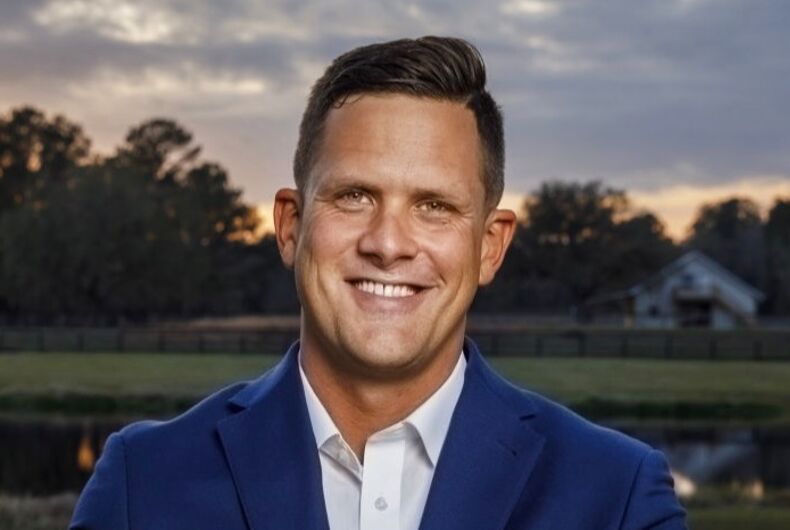 The Florida state representative who authored the Don’t Say Gay law has been indicted on charges of trying to fraudulently obtain over $150,000 in federal pandemic relief money. He has resigned from the Florida state legislature.

Between December and March of 2020, the DOJ says Harding allegedly defrauded the Small Business Association (SBA) by obtaining COVID-related small business loans “by means of materially false and fraudulent pretenses, representations, and promises, and for the purpose of executing such scheme, caused wire communications to be transmitted in interstate commerce.”

He has been accused of applying for these disaster relief loans with the names of “dormant business entities” and of creating fraudulent bank statements, as well as “engaging in monetary transactions with funds derived from unlawful activity.” He has also been charged with making false statements to the SBA.

Harding’s trial will take place on January 11. He faces up to 20 years in prison.

In a statement, Harding said he pleaded not guilty.

“I want the public and my constituents to know that I fully repaid the loan and cooperated with investigators as requested,” he said.

“Regarding the current legal matter, I cannot comment on the details of my case,” he said. “There will be a time when I can tell my story in detail, and I will. For now, let me reassure my constituents and the taxpayers that I repaid every penny of the loan I obtained, and I have done my best to cooperate fully with all authorities. That is all I will say for now, and I will communicate any additional details of my legal matter through my attorney.”

He added, “It has been a great honor to serve the people of this state and more specifically the people of Levy and Marion Counties. However, due to legal issues that require my complete focus, it is my opinion that now is the time to allow someone else to serve my district.”

Harding is known for introducing Florida’s infamous Don’t Say Gay law that bans elementary school teachers from discussing LGBTQ+ identities in the classroom and restricts such discussions in older grades.

The law has spurred Florida to become a breeding ground for anti-LGBTQ+ hate and discrimination, as other states have since sought to pass copycat bills.

This dude has the dumbest hot take yet about transgender people