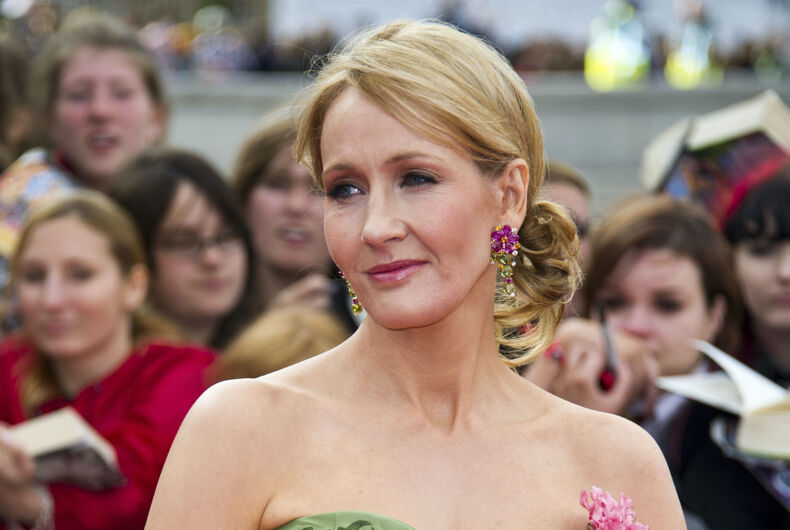 JK Rowling announced the launch of a privately funded, women-only sexual assault crisis center on Monday. Located in Edinburgh, Scotland, where the Harry Potter author lives, Beira’s Place will offer free support for cisgender women who have experienced sexual assault at any point in their lives.

However, it will reportedly exclude transgender women.

“I founded Beira’s Place to provide what I believe is currently an unmet need for women in the Lothians area,” Rowling, who is personally funding the facility, told the BBC. “As a survivor of sexual assault myself, I know how important it is that survivors have the option of women-centred and women-delivered care at such a vulnerable time.”

“Beira’s Place will offer an increase in capacity for services in the area and will, I hope, enable more women to process and recover from their trauma,” she added.

In a statement, Rape Crisis Scotland, which operates 17 centers across the country, told the BBC that it welcomed any new service that supports survivors of sexual assault. But, it said, “It is crucial that the life-saving support offered by rape crisis centers is available to trans and nonbinary people.”

“All rape crisis services in Scotland offer support to trans women and have done so for 15 years. There has not been a single incident of anyone abusing this,” Rape Crisis Scotland continued. “We continue to see the paths to equality for women and trans people are being deeply interconnected and dependent on shared efforts to dismantle systems of discrimination.”

Under the U.K.’s Equality Act 2010, transgender people are protected from discrimination. However, services may exclude trans people from single-sex spaces if this exclusion is a “proportionate means of achieving a legitimate aim.”

“Beira’s Place is a women-only service,” the facility said. “Section 212 of the Equality Act 2010 defines a woman as a ‘female of any age’ and Beira’s Place services are for women aged 16 and over. The service is offered in accordance with the Equality Act 2010, which permits the provision of single sex services and a single sex staffing policy in various situations where there’s a good reason for them.”

“Many women subjected to men’s violence feel safer and fare better in women-only spaces, and wish to have support sessions with females only, and we exist to meet that need.  We believe that women deserve to have certainty that, in using our services, they will not encounter anyone who is male,” Beira’s Place continued. “Where appropriate, we will refer we will refer men or individuals identifying as trans women to other appropriate services in the area, of which there are several.”

In a profile published on anti-trans journalist Suzanne Moore’s Substack newsletter, Rowling obliquely discussed the impact trans inclusion has had on her perception of “safe spaces.”

A “belief in biology” is often used as a euphemism for transphobia.

Moore, meanwhile, claims that the LGBTQ+ inclusive Rape Crisis Scotland is “controversial” due to “its stance that survivors may need to be re-educated about trans rights as part of recovering from trauma.”

Later in the profile, Moore says that part of the impetus for Rowling opening Beira’s Place was the idea that cis women’s “beliefs” might be questioned at sexual assault crisis centers.

“I was climbing the walls. It’s not a political thing to me; this is personal. And then, after two days, I had the lightbulb moment and I thought, ‘I don’t have to pace around my kitchen ranting. I can actually do something about this,’” Rowling explained. “And that’s how it started. So here I am.”

Rowling has become notorious in recent years for her anti-transgender views. Recently, she has been outspoken in opposition to Scotland’s Gender Recognition Reform Bill, which would make it easier for people to change their legally recognized gender by removing the requirement for a medical diagnosis of gender dysphoria. Rowling’s handpicked board of directors at Beira’s Place includes several others who have been critical of the Gender Recognition Reform Bill.

Dr. Pepper Schwartz has advice about sexual performance for people 50+