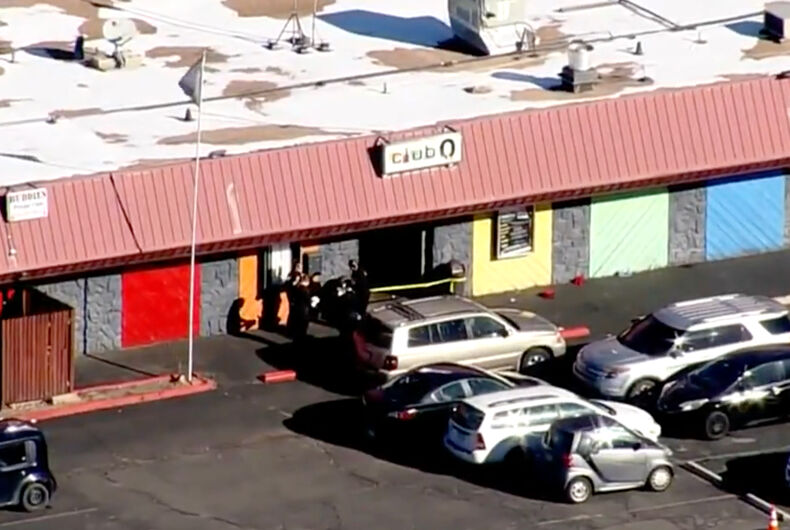 The Department of Homeland Security is warning of possible copycat attacks following the deadly shooting at Club Q in Colorado Springs, Colorado.

In a National Terrorism Advisory System bulletin issued Wednesday, the department cited the mass shooting, which left five dead and more than a dozen injured, among other recent threats and attacks as cause for concern.

“Similarly, some domestic violent extremists in the United States praised an October 2022 shooting at a LGBTQI+ bar in Slovakia and encouraged additional violence,” the bulletin continued. “The attacker in Slovakia posted a manifesto online espousing white supremacist beliefs and his admiration for prior attackers, including some within the United States.”

“That is of concern to us as it might motivate others to carry out similar attacks,” a senior Homeland Security official told reporters Wednesday, according to CBS News. “The LGBTQ community remains a community that is targeted for violence.”

“Having a racially or ethnically motivated set of violent actors look to this attack in Colorado and highlight it as something worthy of emulation — I don’t think I find it particularly surprising,” the official added.

The bulletin warned, “In the coming months, threat actors could exploit several upcoming events to justify or commit acts of violence, including certifications related to the midterm elections, the holiday season and associated large gatherings, the marking of two years since the breach of the U.S. Capitol on January 6, 2021, and potential sociopolitical developments connected to ideological beliefs or personal hostility.”

The LGBTQ+ community was among several potential targets for extremist violence listed in the bulletin, including faith-based institutions, schools, racial and religious minorities, government facilities and personnel, U.S. critical infrastructure, the media, and perceived ideological opponents.

The warning comes as right-wing media figures have been blaming the LGBTQ+ community itself for the Club Q attack. Anti-LGBTQ+ pundits like Matt Walsh and Tucker Carlson have continued to demagogue drag performers and lob baseless accusations of “grooming” at the queer community in the wake of the shooting.

Meanwhile, YouTuber Tim Pool implied that the shooting was justified, tweeting the false claim that “Club Q had a grooming event.” In response, anti-LGBTQ+ vlogger Steven Crowder tweeted that “an armed populace to protect themselves/their kin,” would stop the supposed “grooming” of children.