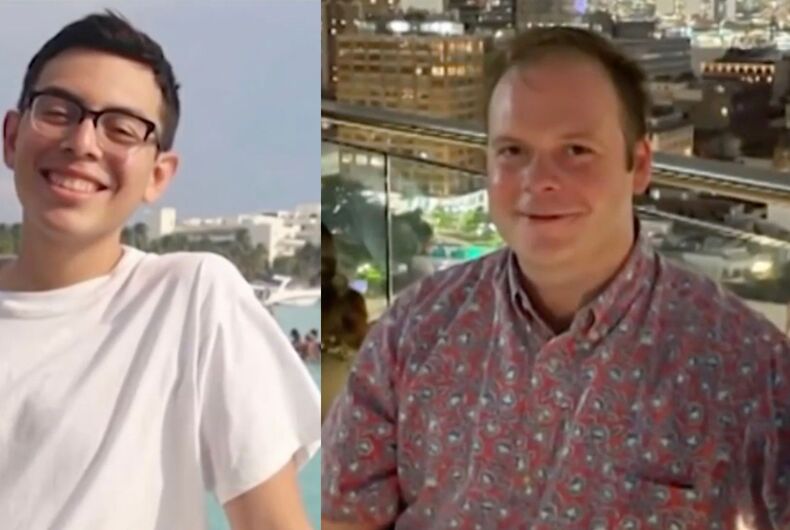 New York City police are investigating a string of assaults that may be linked to the deaths of at least two gay men.

On Monday, the NYPD confirmed that the deaths of Julio Ramirez and John Umberger are being investigated along with several other incidents in which victims were robbed or assaulted, according to a spokesperson for the department’s Office of the Deputy Commissioner, Public Information.

Both Ramirez and Umberger were found dead after leaving Hell’s Kitchen gay bars with unidentified strangers in separate incidents earlier this year. Umberger’s mother, Linda Clary, says that she has learned of a third potentially related death as well as dozens of other cases in which victims were robbed after possibly being drugged, but survived.

Ramirez, a 25-year-old social worker, was reportedly found dead in the back of a cab in the early hours of April 21. Security camera footage reportedly showed Ramirez leaving The Ritz Bar and Lounge with three unidentified men an hour earlier and getting into a cab with them. His wallet and phone were missing, and family members said that $20,000 had been drained from his bank accounts.

Umberger, a 33-year-old political consultant who was in the city for a work trip, was found dead on June 1 in the East 61st Street townhouse where he was staying. Surveillance footage showed him leaving the Q NYC with two unidentified people four days earlier, according to Clary. A toxicology report found the numbing agent lidocaine and fentanyl in his system, according to Pix 11. Between $20,000 and $25,000 were reportedly drained from Umberger’s accounts, his credit cards were maxed out, and his phone was stolen.

Ramirez’s cause of death was initially listed as a “possible drug overdose,” but an NYPD spokesperson told NBC News that the cause of death for both Ramirez and Umberger are still being determined.

The families of both victims have been left searching for answers months later. Clary has been particularly critical of the NYPD. In a recent NY Post story, she accused District Attorney Alvin Bragg of refusing to prosecute her son’s killers. No arrests have been made in Umberger’s case, according to NBC News.

Clary, who recently recorded a video urging New Yorkers to vote for Republican Lee Zeldin in last week’s gubernatorial election, believes the similarities between Ramirez and Umberger’s deaths, along with other incidents under investigation, point to a “system” that is targeting young gay men.

“My office has been in contact with the Manhattan District Attorney’s office and the NYPD regarding cases of two gay men who were drugged, robbed, and found dead earlier this year after leaving LGBTQ nightclubs with strangers, as well as cases of others who were drugged and robbed,” New York City Council member Erik Bottcher, whose district includes Hell’s Kitchen, wrote in an Instagram post over the weekend.

“Per the DA and NYPD, significant resources are dedicated to this case, including teams of senior investigators and ADAs. The DA has committed to sharing updates that can be shared without compromising the investigation. The monsters responsible for these crimes need to be apprehended and prosecuted to the fullest extent of the law.”