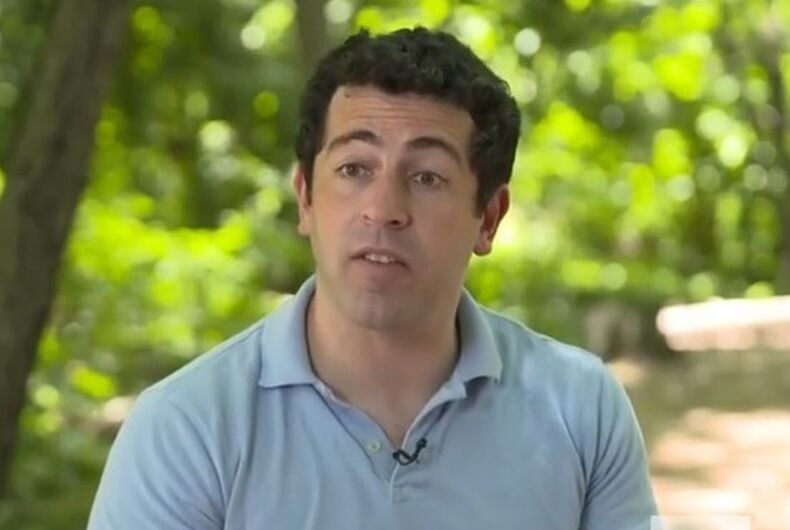 The Trevor Project, the suicide prevention organization for LGBTQ youth, has removed CEO Amit Paley. Paley was criticized during the summer for his former consulting work with an opioid manufacturer. His departure comes amid more recent staff complaints of overwork.

Paley, who was removed on November 2, was replaced by co-founder Peggy Rajski as the interim CEO, Teen Vogue reported.

The former CEO came under fire in July for his 2016 consulting work with Purdue Pharma. He helped a major drug manufacturer avoid negative repercussions for its role in propagating the deadly, nationwide opioid epidemic.

That month, Trevor Project employees told the aforementioned publication that Paley’s previous work was “hypocritical” considering that the Trevor Project’s own studies have shown that high rates of LGBTQ people misuse prescription drugs to attempt suicide.

In an internal email to Trevor Project employees in July, Paley wrote, “If I knew then what I know now, I would not have agreed to do any consulting work for [Purdue] and I regret that I did.” His email referred to news reports of his past work as one of many “attacks on the organization.”

Employees doubted that he didn’t know of the opioid epidemic when he conducted his past work. One employee said, “He has blood on his hands. How does he sleep at night?”

A Trevor Project spokesperson told LGBTQ Nation that Paley’s recent departure has no connection whatsoever to his previous consulting work.

More recently, Trevor Project employees have said that, amid rapid organizational growth, Paley asked workers to use a “multichat” application that had them conduct several conversations with numerous help-seekers simultaneously.

Others said that supervisors were spread too thin amongst subordinates, leaving quality control and serious situations potentially unresolved. Some employees also reported feeling overworked and burnt out from the organization’s rapid expansion.

“It has been the honor of a lifetime to lead The Trevor Project’s life-saving team for over five years,” Paley said in an email noting his departure.

“During my time as CEO, our community increased ten-fold and we launched Trevor’s global expansion, including the start of life-saving services in Mexico last month. We launched a 24/7 digital crisis service, created a ground-breaking research department, expanded the world’s largest campaign to end conversion therapy, and grew our team from 50 employees to over 500,” he added.

“The Trevor Project’s vital work is needed now more than ever and I will always remain deeply committed to the organization’s vision of a world where all LGBTQ young people see a bright future for themselves.”