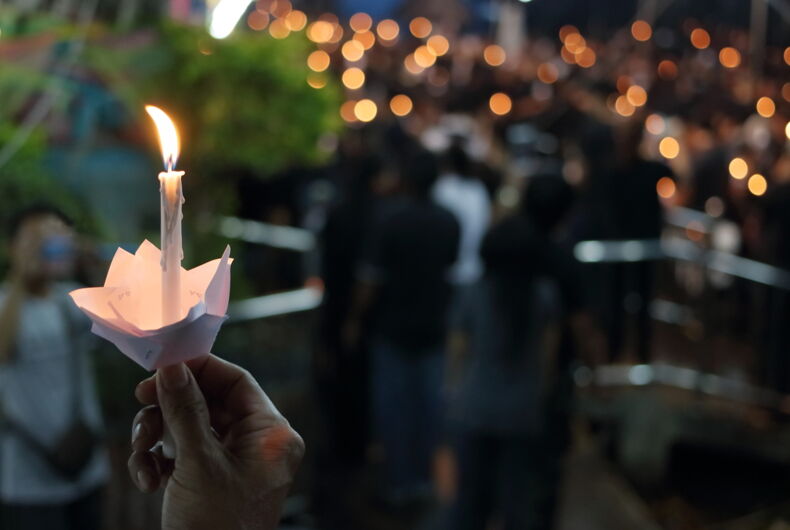 In the pantheon of slain civil rights activists, Rita Hester, an African-American transgender woman, is among them. There had been several transgender murders prior to Rita’s – Chanelle Pickett in Watertown in 1995 and Monique Thomas in Dorchester in September 1998. Rita lived large and loved big, but she could have never imagined during her life that her death would mean so much to so many.

On November 28, 1998, Rita was found dead in her first-floor apartment with 20 stab wounds to her chest, just two days before her 35th birthday. Hester’s murder kicked off the “Remembering Our Dead” web project that became the catalyst for the annual International Transgender Day of Remembrance on November 20.

In 2022, Rita’s murder is still an unsolved cold case like most transgender murders. Her murder occurred in an era when the “trans panic defense” was a legal strategy. Rita’s friends voiced suspicion about her murder. “A man (or men) who couldn’t face his attraction to a trans woman came home with Hester and killed her in a fit of shame..”

I’ll never forget Rita’s vigil because her mother’s words haunt me to this day. When Kathleen Hester came up to the microphone during the Speak Out portion of the vigil at the Model Cafe, where Rita was known, she brought most of us to tears, myself included.

“I would have gladly died for you, Rita. I would have taken the stabs and told you to run. I loved you!” After her remarks, Rita’s mother collapsed in a grief-induced faint. When the speak-out portion ended, the crowd moved outside with lit candles and gathered behind Rita’s family. As the vigil proceeded from the cafe to 21 Park Vale Avenue, where Rita lived and died, Rita’s mother again brought me to tears as she and her surviving children kneeled in front of the doorway of Rita’s apartment building and recited the Lord’s Prayer. Many of us joined in unison.

According to the Human Rights Campaign, this year, at least 32 transgender Black and Latinx sisters have been fatally shot or killed.

At this year’s Association of Black Harvard Women Annual Vigil for Black Trans Lives, photos and the reading of names of departed Black trans individuals were part of the liturgy in Holden Chapel on Harvard’s campus. Chastity Boswick, executive director of the Transgender Emergency Fund of Massachusetts, was the keynote speaker.

Boswick told the audience “she hopes next year she’ll not be among the photos and names.” It’s an ongoing concern Boswick expresses publicly every chance she can. “What happened to Hester could happen to any of us. That’s her daily battle,” she said.

As we honor the Trans Day of Remembrance, we are those other people honoring Rita Hester and others.