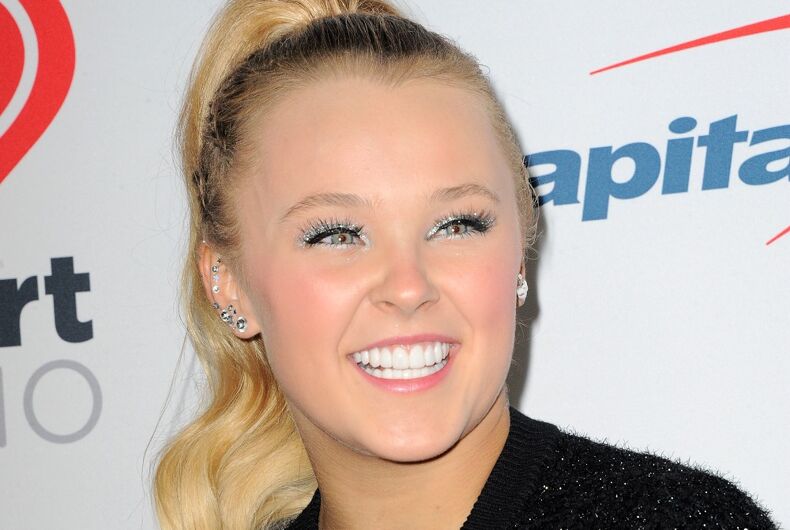 The pair resolved their differences, but not before the celebrity dust-up pulled in Siwa’s dance mom Jesselyn, who had her own take on the “not now, maybe later” moment, and Bure’s own daughter, who advised the So You Think You Can Dance judge to “Grow up. There are bigger issues in the world than this.”

“After everything that went down just a few months ago,” Siwa posted to Instagram. “This is rude and hurtful to a whole community of people.”

Bure abruptly exited the Hallmark Channel in April, following the departure of CEO Bill Abbott, who built the cable net’s family-friendly brand around Christmas stories. The Full House alum was a star of the strategy, headlining 10 holiday-themed TV movies and 30 films overall for Hallmark’s Crown Media.

Now she has followed Abbott to the Great American Family network, where she inked an overall production deal under the banner “Candace Cameron Bure Presents.” She has no plans to include LGBTQ couples in the mix.

Said Bure of Hallmark: “It basically is a completely different network than when I started.”

Bure’s first holiday film for GAF is A Christmas… Present, premiering this month. She’ll star as real estate agent Maggie Larson, who, through a series of transformative events, “learns to embrace the reason for the season.”

Siwa, who came out in 2021, was more than disappointed.

“Honestly, I can’t believe after everything that went down just a few months ago, that she would not only create a movie with intention of excluding LGBTQIA+, but then also talk about it in the press,” Siwa posted. “This is rude and hurtful to a whole community of people.”

Bure previously made her views on “traditional marriage” known during her brief stint as a host on The View. On a July 2015 episode of the chat show, she defended an Oregon baker who refused to make a wedding cake for a same-sex couple.

“I don’t think this is discrimination at all,” she said at the time. “This is about freedom of association, it’s about constitutional rights, it’s about First Amendment rights. We do have the right to still choose who we associate with.”

In an Insta story explaining the “rudest celebrity” flap in August, Bure counseled: “Whether you have 50 million followers or 500 followers or five followers, we all influence the people around us,” she said. “Our words matter and our actions matter.”