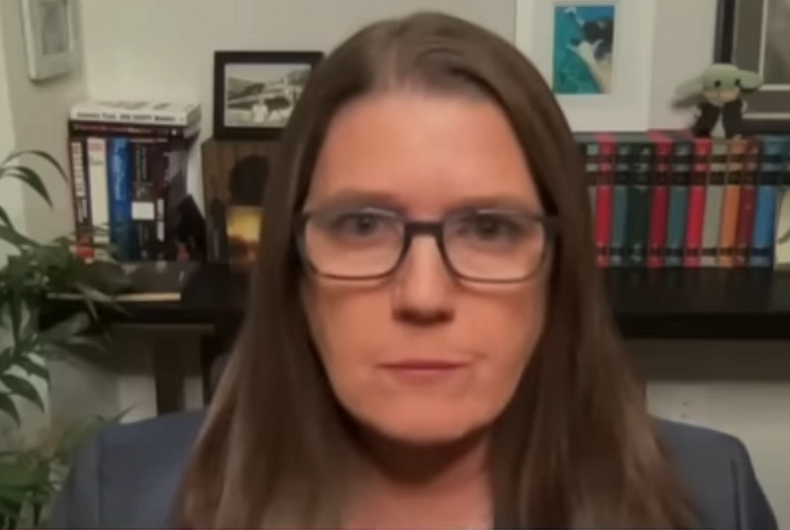 Donald Trump’s lesbian niece and clinical psychologist Mary Trump said that her uncle just suffered a large “narcissistic injury” now that the GOP appears to be turning on him can calling him the party’s “biggest loser.”

“We cannot overestimate the extent and size of the narcissistic injury Donald has just suffered,” she told MSNBC’s Mehdi Hasan. “I think it’s probably the most debilitating one he’s ever experienced in his entire life.”

“Not simply because he performed poorly in terms of endorsements and in terms of the candidates he picked… but the rhetoric that is coming from not just the party that supported him, but that essentially is responsible for him, it’s impossible to ignore.”

Last week, when the much-hyped “red wave” turned out to be so small that Republicans may not even get either chamber of Congress, many Republicans and conservative pundits turned on Donald Trump, blaming him for the party’s failures in the 2022 midterms.

“Donald Trump was a major drag on Republicans, from his picks to his antics,” tweeted The Daily Wire‘s Ben Shapiro last week. “Trump picked bad candidates, spent almost no money on his hand-picked candidates, and then proceeded to crap on the Republicans who lost and didn’t sufficiently bend the knee. This will have 2024 impact.”

Mary Trump said that it’s not just that her uncle likely hindered the Republican party in the midterms, but that Republicans are calling him a “loser” publicly.

“The worst thing that you can call Donald Trump is a loser,” she said. “And he’s being called the biggest loser.”

Hasan played several clips of Republicans either avoiding the question of whether they would support Donald Trump’s likely 2024 run or flat-out opposing it. He asked Mary Trump if she thinks that will stop her uncle from running.

“I think in this kind of case with Donald, external forces don’t have as much of an impact on his own need to protect himself, and his very fragile ego,” she said. “Obviously, I have no idea what he’s gonna do, or who’s in his ear, but, not running, I mean… Not announcing a run would be an admission of something that I’m not entirely sure he’s ready to admit.”

“The other thing about all of these, up until now, vehement Donald Trump supporters is that we can’t let them get away with this. Whether they supported him or don’t support him, they’re the problem now. So allowing them to distance themselves from him, and so-called Trumpism, would be a fatal mistake in my view.”